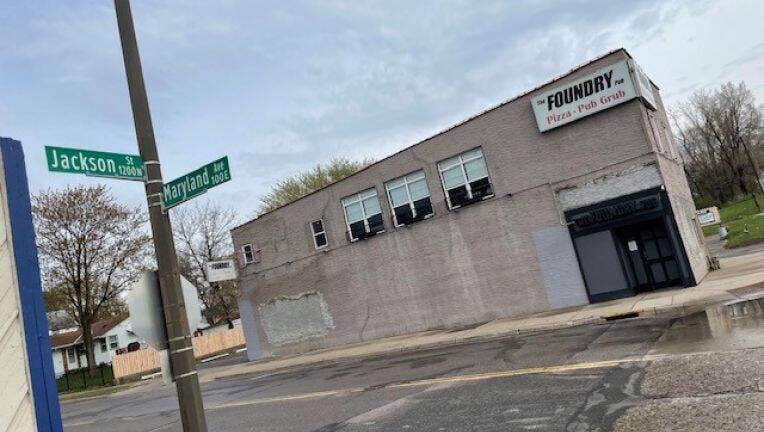 The Foundry Bar, in St. Paul's North End, was the scene of a deadly shooting in the parking lot April 25.

ST. PAUL, Minn. (FOX 9) - A suspect has been arrested and charged with murder following the shooting death of a 45-year-old man outside a St. Paul, Minnesota bar late last month.

According to the St. Paul Police Department, Tyreese Harris was shot outside The Foundry Bar on Sunday, April 25 during an altercation with Marlon Walker, 29. Walker is now charged with one felony count of second-degree murder in the case.

Wednesday, Walker was arrested in Richfield, Minnesota outside a hotel.

According to the charges filed in Ramsey County District Court, the shooting occurred before 11 p.m. Upon arrival, police found Harris struggling with a gunshot wound to his stomach. He died later at Regions Hospital.

Surveillance video of the incident showed a car, driven by Walker, pull up next to Harris’s. Walker is seen getting out of the car and a struggle ensued between him and Harris. A flash was seen on the video during the struggle.

Witnesses identified Walker as the man who was involved in the altercation.

St. Paul Police Chief Todd Axtell said he is "incredibly proud" of his team at the SPPD and its partner agencies in the Twin Cities area who helped them locate and apprehend Walker.

"It won’t bring Mr. Harris back, but it is the first step in getting him justice," said Axtell in a tweet.