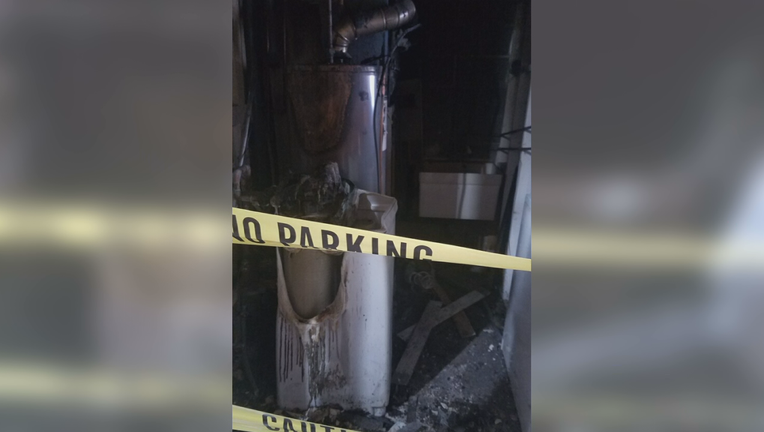 CHANHASSEN, Minn. (FOX 9) - A Chanhassen woman is lucky to be alive after an explosion in her basement nearly killed her.

On December 22, Lynn Livingston was upstairs watching TV when an aerosol can burst open, igniting the dryer.

A Chanhassen woman is lucky to be alive after an explosion in her basement nearly killed her.

“There was a hissing sound that went on for a few seconds, and then I stopped and thought, 'that was a weird noise,' and then there was a boom and the house shook,” said Livingston.

At first, Livingston thought the loud noise was coming from her neighbor's townhome, but she quickly realized it was her own house that was on fire. She said if she had she been downstairs doing the laundry and not watching "The Masked Singer" upstairs, she may not have made it out in time.

“So I was just waiting to see who the last person was who won—I heard it was Wayne Brady—it was very strange,” said Livingston. “Had I gone down any sooner, I would have been down there when all that happened; it would have been a totally different story.”

With just seconds to spare and flames spreading inside her townhome, Livingston was barely able to escape with just her pajamas on.

“I called 911 and I was standing in the driveway crying and screaming for someone to come and help,” she said.

Inside, her home is a total loss. She lost almost everything. She was fortunate to recover some priceless mementos like keepsakes made by her mother, who passed away last year.

Despite having to rebuild her life, Livingston says the surrounding community and the families at her Eden Prairie daycare where she's been a teacher for 30 years have rallied around her. She says that encouragement is helping her take the next steps in this devastating process.

“I was just scared for what I’m going to do now and what I was losing—I just couldn’t even fathom that it was really happening. It was really unreal,” she said.