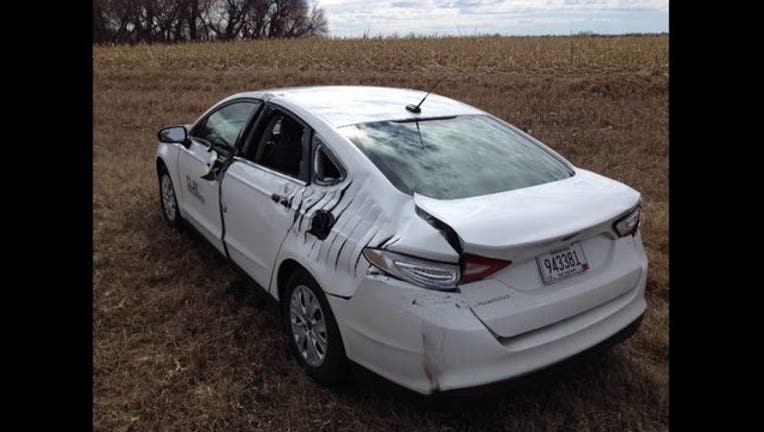 A woman's car was partially shredded by a small plane making an emergency landing in Hawley, Minnesota. The car was swiped by the propeller after the plane's engine failed shortly after taking off from the Hawley Municipal Airport.

According to the Minnesota State Patrol, the plane was heading to Minot, North Dakota and had only climbed about 1,000 feet when the pilot was forced to make an emergency landing on Highway 10. While the plane landed successfully, the woman was unable to move out of the way in time. She said she was the plane in her mirror but couldn't move before the propeller sliced part of her car.

The plane made a successful emergency landing and eventually caught up to her vehicle. The motorist said she noticed the plane in her mirror but was unable to move out of the way before the propeller shredded part of her car.

Nobody was injured and the plane has been moved off the road. The NTSB and FAA are investigating.