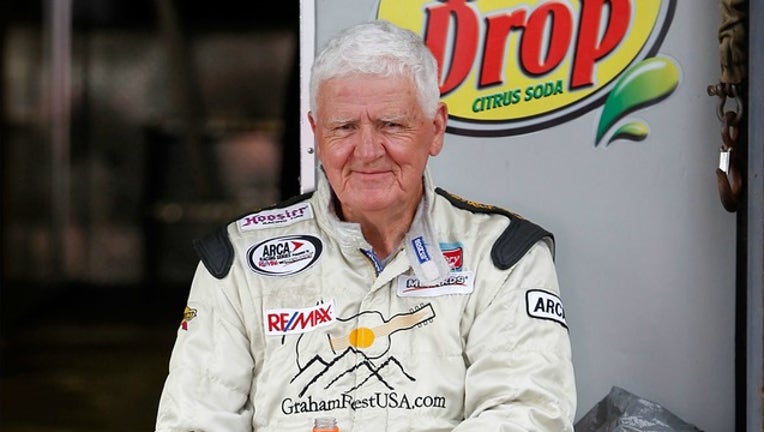 James Hylton, driver of the #0 G&K services Chevrolet, sits during practice for the NASCAR Nationwide Series Royal Purple 200 at Darlington Raceway on May 6, 2011 in Darlington, South Carolina. (Photo by Geoff Burke/Getty Images for NASCAR)

CARNESVILLE, Georgia (Fox 32 News) - A former NASCAR driver was killed in a car accident in Georgia on Saturday.

James Hylton, 83, and his son James Hylton, Jr., 61, died when their GMC truck traveled off the road and crashed, Fox 59 reported. Neither man was driving; their driver was injured and hospitalized.

The truck was towing a race car.

James Hylton was named 1966 Rookie of the Year by NASCAR. He finished second in points to Richard Petty in 1967 and 1971.