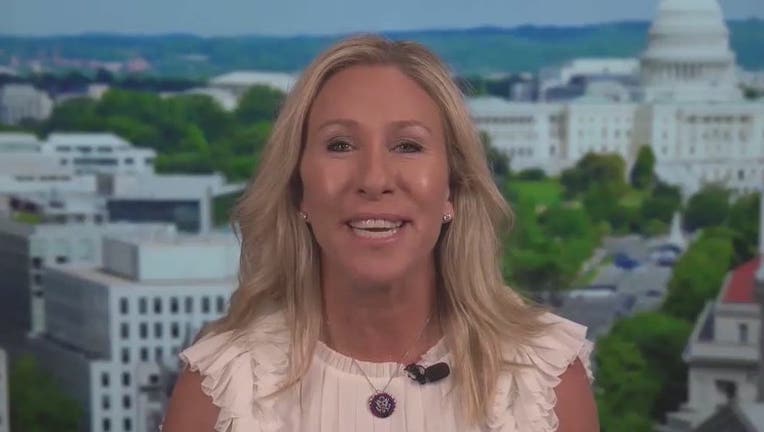 ATLANTA - There is a growing call to remove a Georgia member of the U.S. House of representatives.

The Los Angeles-area congressman said he plans to introduce a resolution to have Greene investigated after a CNN report accused the Georgia congresswoman of liking posts on Facebook calling for violence against Democrats.

The posts were from 2018 and 2019 before the 46-year-old businesswoman turned political newcomer was a candidate for Congress.

In other posts, CNN reports she liked comments about executing FBI agents who were, in her eyes, part of the "deep state" working against former President Donald Trump.

In response, the hashtag #RemoveMarjorieTaylorGreene is trending on Twitter.

Greene gained a large following on social media in part by posting incendiary videos and comments and has also embraced QAnon, a far-right U.S. conspiracy theory centered around the debunked belief that former President Trump was waging a secret campaign against enemies in the "deep state" and a child sex trafficking ring they claim is linked to Democrats.

Greene has claimed in online videos that Black and Hispanic men are being held back by "gangs and dealing drugs," alleged an "Islamic invasion" of government offices, and accused Jewish billionaire George Soros of collaborating with Nazis.

In some videos and posts, she has attacked everything from the Black Lives Matter movement to the use of facemasks to protect against the coronavirus.