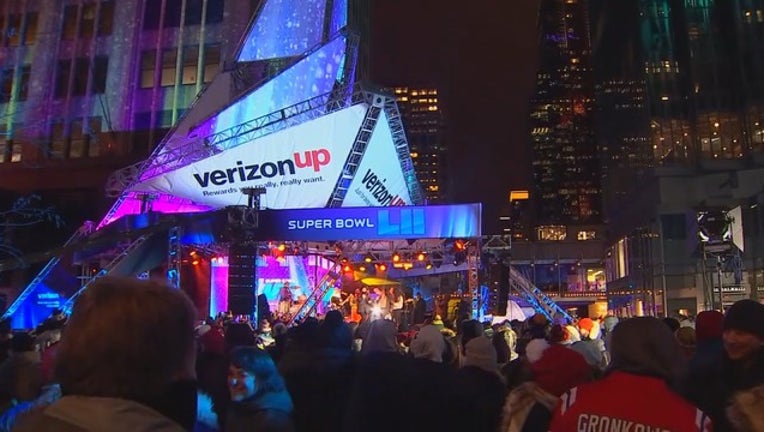 MINNEAPOLIS (KMSP) - The whirlwind of the Super Bowl is finally over in Minnesota. The confetti has fallen and closed roads are slowly reopening as the crews bring normalcy back to the downtown.

But how did the Twin Cities fare? How many people braved the "Bold North"?

The Minnesota Super Bowl Host Committee released their attendance numbers Wednesday. The figures are estimates based on professional crowd monitoring, estimated performance stage crowd volume, crowd reports from businesses along Nicollet Mall and at activations, as well as daily reports with public safety and security.

48: Bands/artists performed at Super Bowl LIVE at free and open to the public concerts

1.4 million: Visitors to Mall of America, the site of NFL Fan Gallery, during the 10-day festival

25: Different countries represented by the media at Super Bowl LII