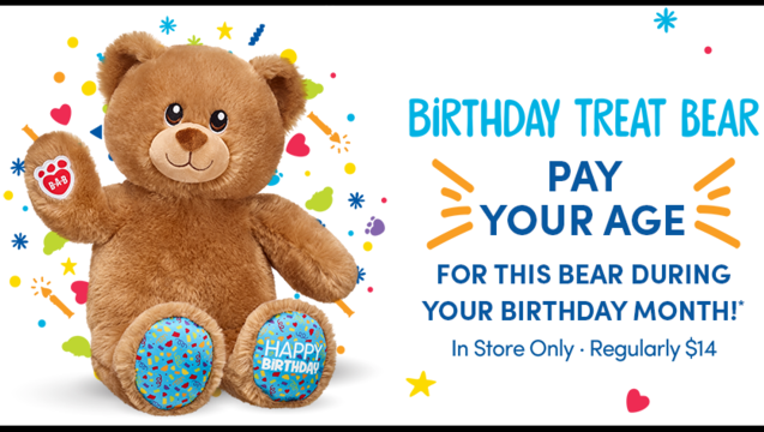 HOUSTON, TX - Shoppers all across the country witnessed last week's Build-A-Bear's "Pay Your Age" sale fiasco, but now the company has announced you can still get the age deal, "sort of" with its birthday-month "Count Your Candles" program.

Customers must sign up for the free Build-A-Bear Bonus Club members, and children must be under 14--to take advantage of the promotion.

Now can bring your child into a store ANY day during their birthday month, and they can build a Birthday Treat Bear, which regularly costs $14, by paying their age.

The Thursday one-day "Pay Your Age" sale, which promised teddy bears for the cost of your child's age, ended abruptly in some states even before the stores opened, after an overwhelming response. Build-A-Bear has been working on making it up to customers ever since.