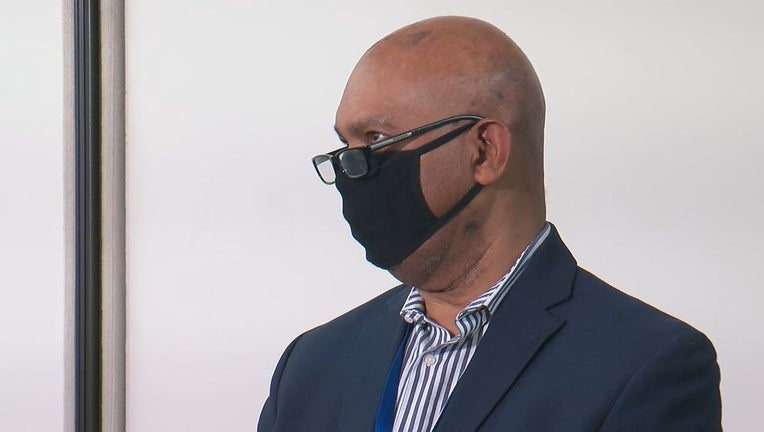 In a tweet, Elliot said he will "continue to work my hardest to ensure good leadership at all levels of our city government."

In a busy day at Brooklyn Center City Hall, the mayor took power over the police department, announced the firing of the city manager and held a regularly scheduled city council meeting.

Elliot said the deputy city manager would be taking over Boganey’s duties.

Boganey and Elliot both appeared at a news conference Monday morning to address a deadly police shooting in the city Sunday night that sparked hours of protests and looting. At the time of the press conference, only Boganey had the power to fire members of the police department. Later in the afternoon, the city council voted to give Mayor Elliot control of the police department. Hours later, Elliot announced Boganey had been let go.

Curfews were implemented in the Twin Cities metro area counties Monday as a result of the unrest following the deadly shooting.

Body camera footage of the deadly encounter was released Monday.

Officials released the body camera video Monday of Sunday's deadly police shooting of Daunte Wright during a traffic stop in Brooklyn Center, Minnesota. Brooklyn Center Police Chief Tim Gannon said it was an accidental discharge, that the officer who shot Wright had intended to reach for a taser, but discharged a handgun instead.