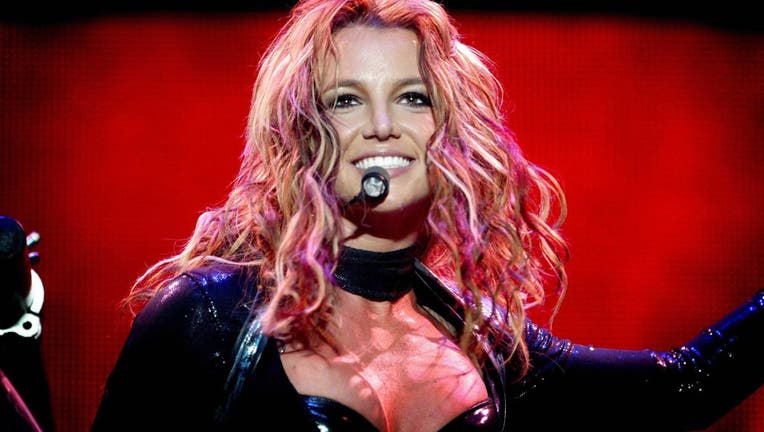 ROTTERDAM, NETHERLANDS: US singer Britney Spears performs in Rotterdam, 07 May 2004 during her sole concert in the Netherlands for her 'The Onyx Hotel Tour.' Spears' 2004 European tour includes a series of concerts across Europe between 30 April and

LOS ANGELES - Britney Spears' attorney launched another blistering attack on the singer's father, alleging in Los Angeles court documents that Jamie Spears is attempting to "extort" about $2 million from the pop star before he agrees to step down as conservator of her estate.

In papers filed Monday in Los Angeles Superior Court, the pop star's lawyer, Mathew Rosengart, renewed his call for Jamie Spears' immediate suspension and removal from his conservator position. Rosengart accused Spears of delaying his planned exit from the post so he can collect roughly $2 million in various legal and management fees.

"The status quo is no longer tolerable, and Britney Spears will not be extorted," according to the court papers. "Mr. Spears' blatant attempt to barter suspension and removal in exchange for approximately $2 million in payments, on top of the millions already reaped from Ms. Spears' estate by Mr. Spears and his associates, is a non-starter."

Jamie Spears said in court papers filed Aug. 12 that he would step down as conservator of his daughter's estate, marking a major victory for the pop star, who has long decried his involvement in the conservatorship.

Jamie Spears' attorneys insisted there are no grounds for his suspension or removal as conservator, but said he would step aside because "he does not believe that a public battle with his daughter over his continuing service as her conservator would be in her best interests."

Jamie Spears willing to step down as Britney's conservator

Britney Spears' father says he is ‘willing to step down’ from his role as conservator of the singer's estate. According to a court document obtained by FOX 11, Jamie Spears is working with the court and the singer's attorney to "prepare for an orderly transition to a new conservator."

In the papers, however, Jamie Spears' attorneys said he would remain in the post pending the completion of a final financial reporting of his daughter's estate, which he has overseen as conservator for the past 13 years. The papers included an extensive defense of Jamie Spears' work as conservator, insisting he brought the estate out of extensive debt and raised its value to "well over $60 million."

The singer vociferously called for her father's removal as conservator during an emotional June court hearing, during which she also called for an end to the 13-year conservatorship. Rosengart filed court papers in late July requesting that Jamie Spears be replaced by Woodland Hills accountant Jason Rubin.

A court hearing on Rosengart's petition to remove or suspend Jamie Spears is scheduled for Sept. 29.

In this week's court filing, Rosengart slammed as "shameful" Spears' defense of his work as conservator. Rosengart wrote that Jamie Spears' idea of an "orderly" transition out of the job "is to hang on until someone first brands him `father of the year' and awards him a gold star for his `service."'

"Having finally acknowledged that his time as conservator should end, Mr. Spears is obligated to step down without condition and without seeking to extract anything further from his daughter," Rosengart worte. "Indeed, Mr. Spears should resign now and if he does not, this court must suspend him on September 29th."