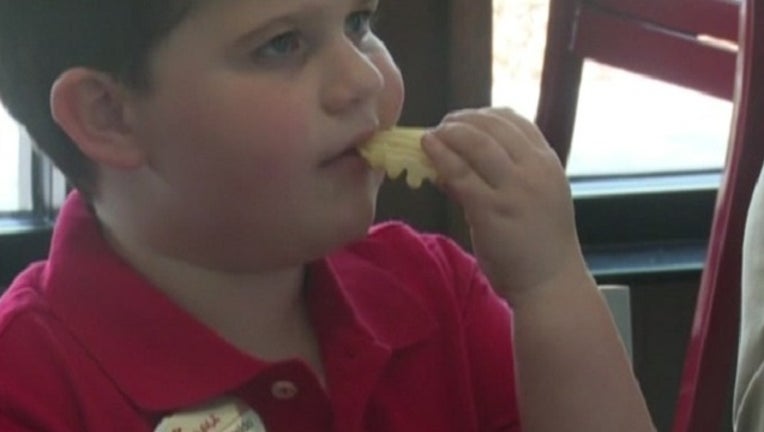 HOUSTON, TX - A six-year-old boy who is only allowed to eat seven foods on this planet got his wish at a local Chick-Fil-A.

Due to a rare disease Christopher Cataldo hasn't tasted much in his life..

90% of the food on the planet makes him sick.

Doctors only allow him to eat seven foods, with one of them being Chick-Fil-A waffle fries.

While Chris loves the waffle fries, he had not stepped inside his favorite restaurant since he was two, because his condition weakens his immune system.

That all changed this week right before Houston's newest location opened..

Christopher toured "his" new place, played in the playground and even cooked his own fries before taking a break.

The event lasted only a couple of hours, but his mom says he will relive the day for years to come.