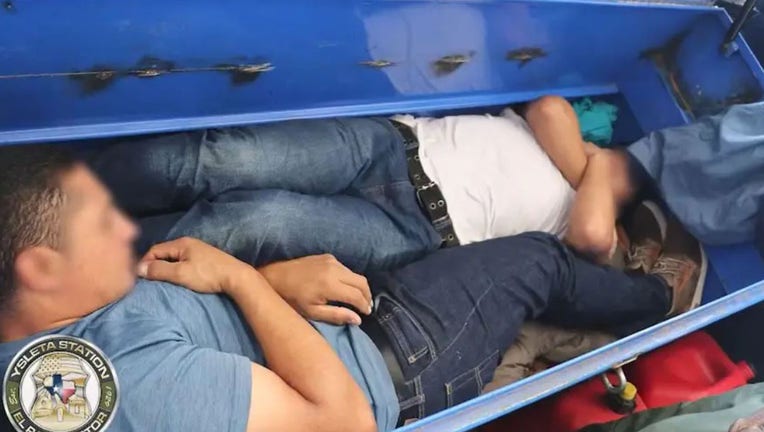 Border Patrol agents in Texas discovered three migrants locked inside a toolbox while inspecting a vehicle at a border checkpoint on Thursday.

El Paso Border Patrol Chief Gloria Chavez said a "ruthless smuggler" had locked the migrants in the metal toolboxes and were transporting them in "extreme summer heat."

Agents discovered the migrants during a secondary inspection of a black Chevrolet Silverado with a New Mexico license plate after a K-9 agent alerted them to the back of the truck. 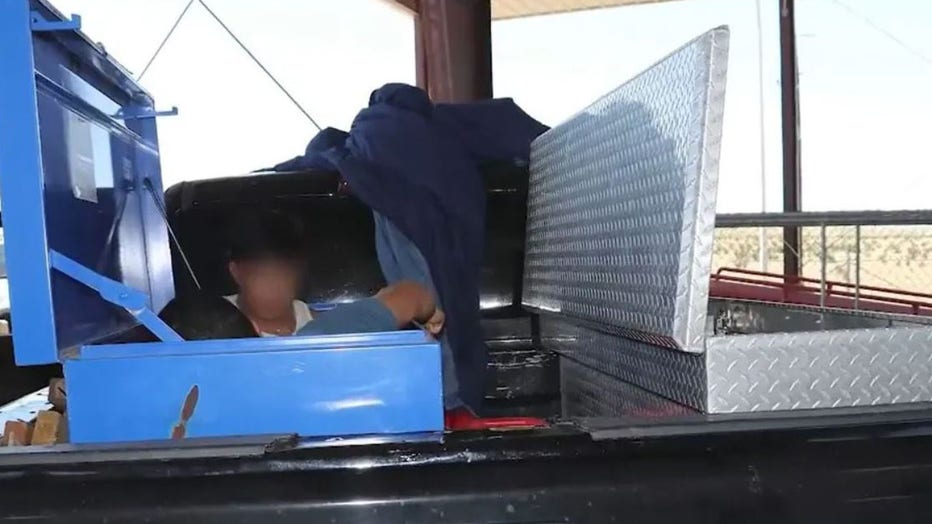 The truck driver, a U.S. citizen, told the agents he had some marijuana and a handgun with him, CBP said. The agents questioned him about what was inside the toolbox and he told them he did not have keys to open it. Agents arrested the driver and pried open the toolbox’s padlocks revealing the migrants crammed inside with restricted oxygen.

MAYORKAS SAYS IMMIGRATION CRISIS NOT UNIQUE TO US: ‘REFLECTIVE OF THE ECONOMIC DOWNTURN’ AND ‘CLIMATE CHANGE’ 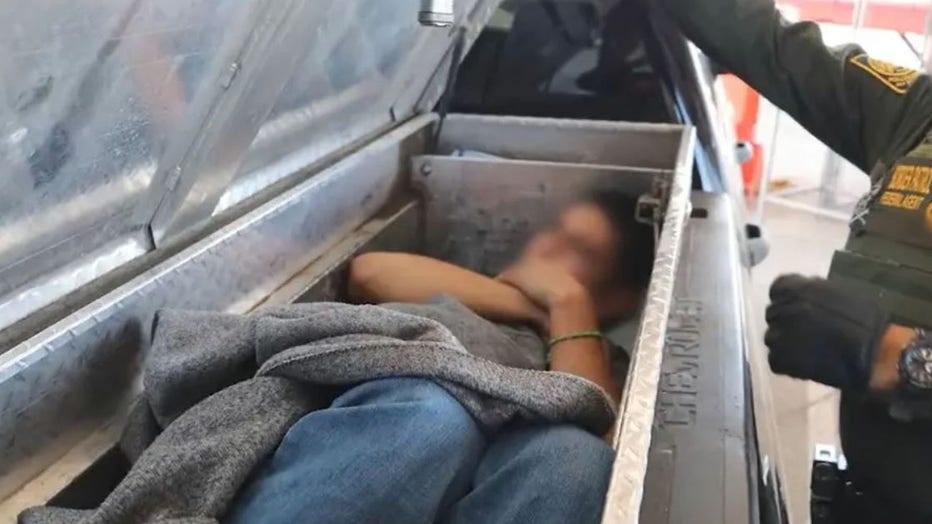 A migrant is discovered at a border checkpoint. (United States Customs and Border Protection)

CBP identified the migrants as Honduran nationals, all males. They were medically evaluated and found to be in good health.

The driver was arrested and charged with conspiracy to transport. It was not clear what became of the migrants after they were discovered.

"Endangering human lives by using dangerous and despicable smuggling tactics is the modus operandi of transnational criminal organizations," Chavez said in a statement. "Many times smuggled migrants are locked in confined spaces with restricted oxygen."

The incident came just days after 53 migrants were found dead in an abandoned tractor-trailer on the outskirts of San Antonio.