The body of a 2-year-old girl who went missing Monday in a park in Edina has been found.

EDINA, Minn. (FOX 9) - The body of a 2-year-old girl who went missing Monday in a park in Edina has been found.

Edina Police Chief Todd Milburn said Iklas Abdullahi Ahmed was at Rosland Park with her father and some other children Monday afternoon when she went missing. She reportedly wandered off while her father was taking one of the other children to the bathroom. Her father immediately enlisted the other children and other people in the park to help look for her before he called police.

Family told police she was attracted to water, so crews focused their search on bodies of water within the park. 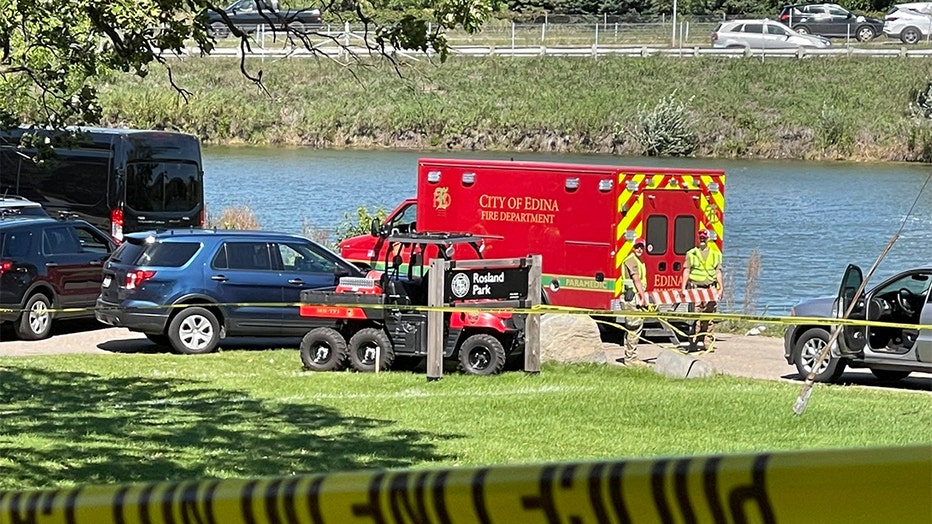 Crews searched in ponds within Rosland Park for a 2-year-old girl who went missing on Monday.

A large presence of Hennepin County Sheriff deputies and Eden Prairie police including SWAT and a crime scene van remained on scene searching the area Tuesday morning. City employees wearing yellow vests appeared to be assisting in the search. A fire department dive boat was also brought in. Police said over 150 people from numerous different law enforcement agencies were involved in the search.

The girl's body was recovered shortly after 1 p.m. in a pond adjacent to the park.

"On behalf of the City, I want to send our deepest condolences, thoughts and prayers to the family and loved ones of this young girl," Milburn said in a statement. "Our hearts go out to all those affected by this devastating tragedy."