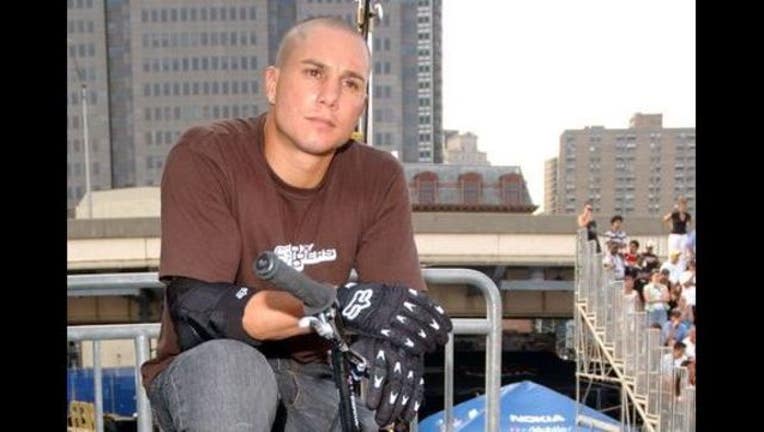 Greenville police said Thursday night that Mirra's body was found earlier in the day with an apparently self-inflicted gunshot wound.

Authorities say they responded to an apparent suicide and discovered his body in a truck. They say he had been visiting friends in the area.

Mirra was an accomplished BMX rider and one of the most decorated athletes in X Games history, medaling every year from 1995 to 2008 and winning 14 gold medals. His one-time record of 24 career medals was broken in 2013 by Bob Burnquist.