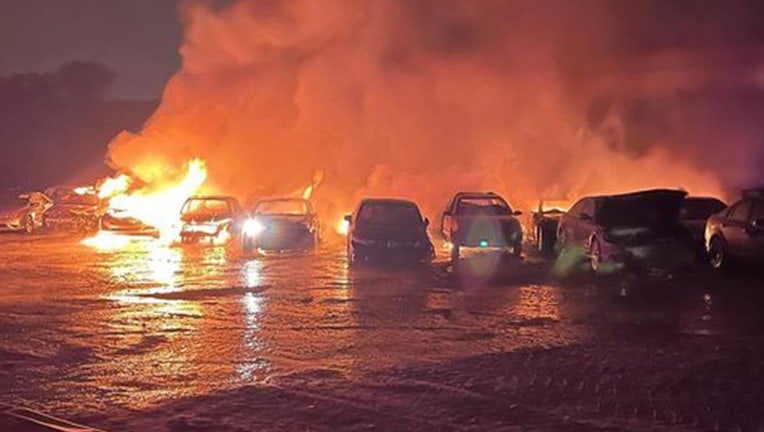 Mokosso said that after initially encountering issues accessing the fire, firefighters got it under control without any injuries or damage to buildings. The fire destroyed 29 vehicles, he said.

Mokosso said that car fires can be dangerous because the smoke is often toxic, and the tires can explode. Firefighters navigated those risks by keeping their distance and by wearing gas masks and other protective gear. 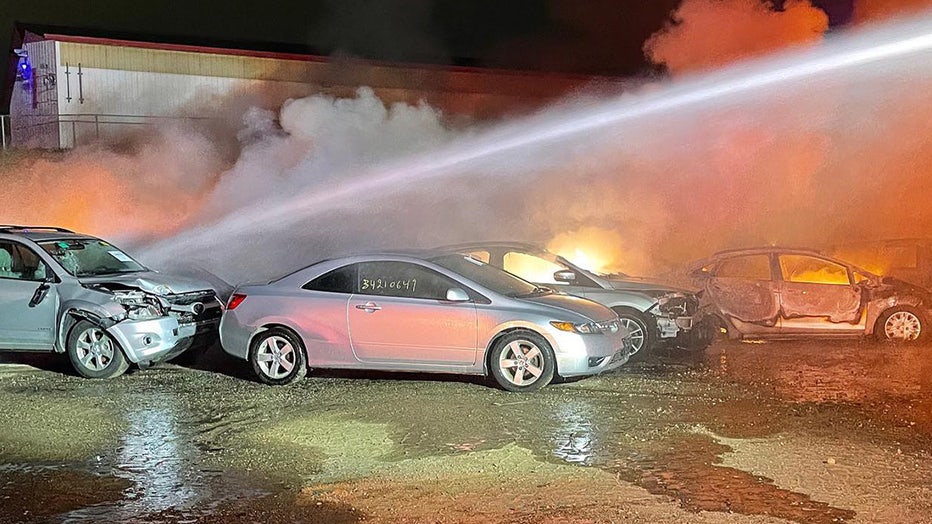 St. Paul Firefighters shoot water onto a multi car fire at an auction lot on the morning of Saturday, Sept. 17. 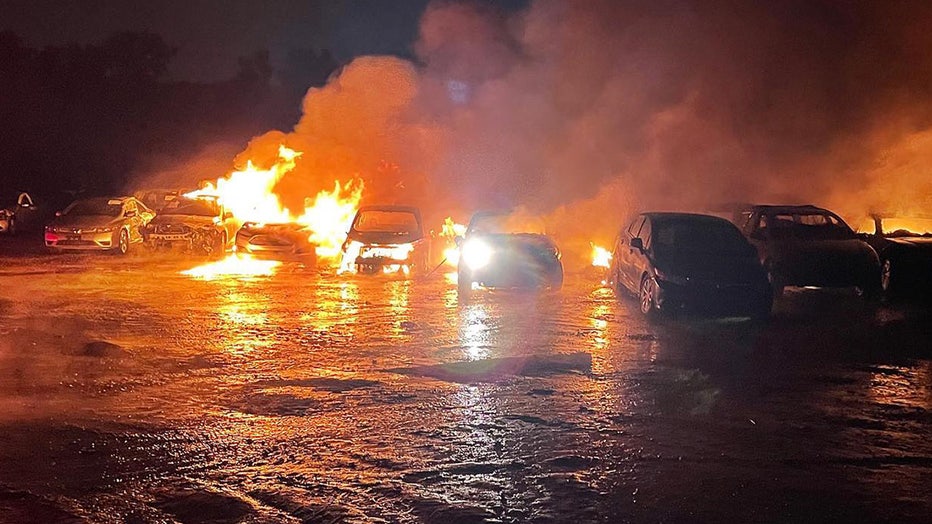