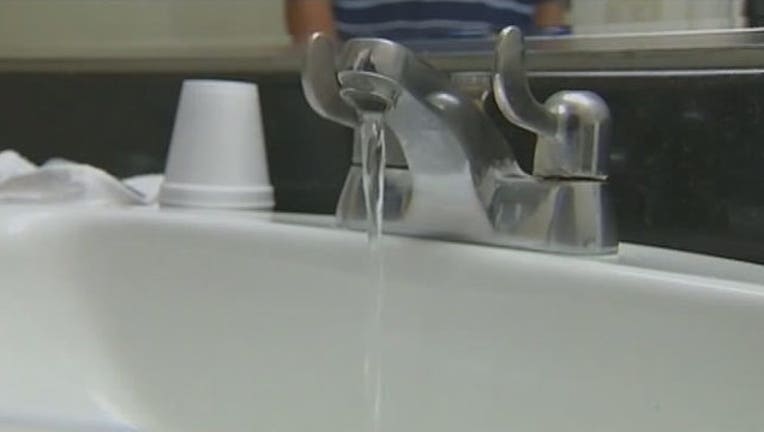 ST. PAUL, Minn. (KMSP) - More and more Minnesota cities are struggling to keep your water safe. It’s an expensive challenge, and that’s why Gov. Mark Dayton says a huge chunk of his construction spending request to lawmakers will pay for clean water systems around the state.

The governor doesn’t expect that every project will get approved, but cities need updates to their systems -- not just for the water coming in, but the water going out.

“In hot weather, in the summer, what we have instead of beautiful clear water is algae growth and algae bloom as a result of pollution,” said Afton Mayor Richard Bend.

The pollution comes from sewage drain fields that run into a levy along the St. Croix River.

“Those drain fields, during flood events, are overwhelmed with water,” Mayor Bend said. “And as a consequence you get basically sewage which goes into the St. Croix, polluting this national scenic riverway.”

Old pipes (some made of wood)

Gov. Dayton said clean water is “no longer something we can take for granted.” That’s why he wants lawmakers to fund 85 water improvement projects across the state at a cost of $220 million, including $8 million for a new sewage system in Afton. But the water improvement plan doesn’t begin to pay for the upgrades state leaders heard about when they met with cities across the state.

“We also heard about the age of their infrastructure,” said John Linc of the Minnesota Pollution Control Agency. “We heard about pipes underground that are older than 100 years -- some made out of wood.”

“As we’re seeing just in the news today, where the Michigan National Guard has been called out to distribute water because of lead in the pipes of the drinking water in Flint, Michigan,” said Department of Health Commissioner Dr. Ed Ehlinger. “We cannot take that for granted.”

The need is bigger than what the governor is requesting this year. Cities across Minnesota have requested help with 564 water projects, adding up to $1.8 billion during the next 5 years. Total costs going out 20 years are an estimated $11 billion.