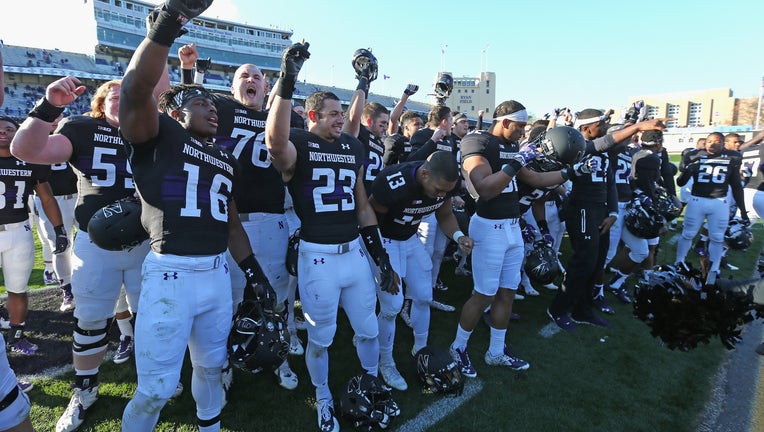 Members of the Northwestern Wildcats celebrate after a win over the Penn State Nittany Lions at Ryan Field on November 7, 2015 in Evanston, Illinois. Northwestern defeated Penn State 23-21. (Photo by JonathanDaniel/Getty Images)

(FOX 9) - The Big Ten Conference has reversed its decision to postpone the college football season, in part because due to the available of daily rapid COVID-19 testing for student-athletes and staff.

The Big Ten announced Wednesday the football season will resume the weekend of Oct. 23-24.

Beginning Sept. 30, all players, coaches, trainers and other staff who are on the field for practices and games will be required to undergo daily COVID-19 testing. If a player tests positive for the coronavirus, they will not be allowed to return to game competition for at least 21 days.

Each school will have a Chief Infection Officer, who will oversee the collection and reporting of data for the Big Ten Conference.

Decisions to alter or halt practice and competition will be based on the following scenarios:

The Big Ten says it will also be paying close attention to the cardiac effects of COVID-19 on student athletes. All players who test positive for the coronavirus will have to undergo comprehensive cardiac evaluation, including labs and biomarkers, ECG, echocardiogram and cardiac MRI. Players with a COVID-19 positive diagnosis must receive clearance from a cardiologist before they can return to play.

All schools in the conference will also establish a cardiac registry, the data from which will be used to study the “cardiac manifestations in COVID-19 positive elite athletes,” according to a news release.