A warning post shared on a community Facebook page labeled a&nbsp;man who has lived in Big Lake, Minnesota for 50 years as a pervert for something he didn’t do.

BIG LAKE, Minn. (FOX 9) - A warning post shared on a community Facebook page labeled a man who has lived in Big Lake, Minnesota for 50 years as a pervert for something he didn’t do.

Earlier this week Roger Stang was on his way to his son’s new house in Big Lake when he got lost. He pulled over in a neighborhood to call his son and ask for directions. Little did he know, someone nearby felt threatened, took a picture of his truck and posted it to Facebook accusing him of being a “creeper.” 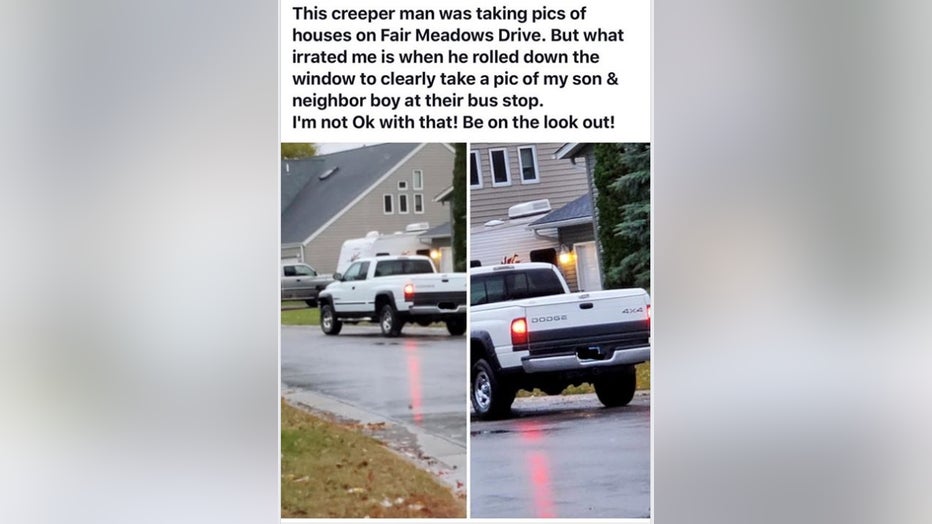 This post to a Facebook group warned the neighborhood about Roger Stang. But Stang says he had gotten lost and was trying to figure out where he was.

Stang said he doesn’t have a Facebook page so he didn’t know that the post, which showed a picture of his distinctive pickup truck and license plate, had been making the rounds on social media.

He said when he stopped at a gas station someone there called him a pervert. Stang said he was confused about why but brushed it off.

Later, Big Lake Police contacted him and told him about the post that had been going around. Stang said he was mortified.

“It sucks to have them do that to you when you didn’t do nothing wrong, to get accused of it,” Stang said.

Big Lake Police Chief Joel Scharf said the department was not notified of the incident that the woman had posted about. He said he only learned about it after the post circulated on Facebook and someone called the department asking for follow-up information.

“I had done some checking though some of our rosters and there had never been a complaint, dispatch did not have any calls,” Chief Scharf said.

Chief Scharf said when he finally saw the post he ran the license plate in the photo and learned Stang was behind the wheel of the truck in the photo.

“He’s just kind of a staple of the community so you know he’s innocent,” Chief Scharf said.

So Chief Scharf took a screenshot of the post and shared it on the Big Lake Police Department with a message about the dangers of accusing people of crimes on social media.

“I hope the takeaway is please contact law enforcement when you see these things and let us be the judge if there’s something out of place or something incorrect in what’s going on,” Chief Scharf said.

It’s advice Stang is hoping people in this community, and around the world, take to heart.

“At least maybe this will bring attention to some people not to do this stuff because people do have feelings and do get hurt.” Stang said