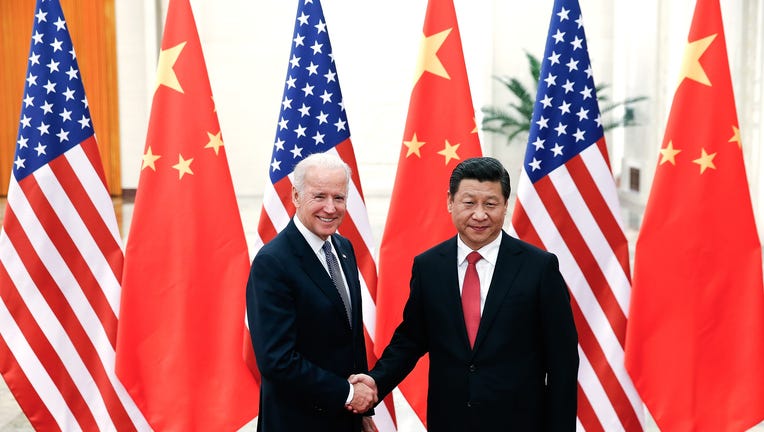 President Joe Biden will meet Monday with President Xi Jinping on the sidelines of next week’s Group of 20 Summit in Bali, Indonesia, a face-to-face meeting that comes amid increasingly strained U.S.-China relations, the White House announced Thursday.

It will be the first in-person meeting between the leaders of the world’s two biggest economies since Biden became president in January 2021 and comes weeks after Xi was awarded a norm-breaking third, five-year term as the Chinese Communist Party leader during the party’s national congress.

White House Press Secretary Karine Jean-Pierre said in a statement the leaders will meet to "discuss efforts to maintain and deepen lines of communication between" the two countries and to "responsibly manage competition and work together where our interests align, especially on transnational challenges that affect the international community."

The White House has been working with Chinese officials over the last several weeks to arrange the meeting. Biden on Wednesday told reporters that he intended to discuss with Xi growing tensions between Washington and Beijing over the self-ruled island of Taiwan, trade policies, Beijing’s relationship with Russia and more.

"What I want to do with him when we talk is lay out what each of our red lines are and understand what he believes to be in the critical national interests of China, what I know to be the critical interests of the United States," Biden said. "And determine whether or not they conflict with one another."

A senior administration official, speaking on the condition of anonymity to discuss the summit, sought to downplay expectations for the meeting , telling reporters on Thursday that there was no joint communique or deliverables anticipated from the sit-down. Rather, the official said, Biden aimed to build a "floor for the relationship."

Biden and Xi traveled together in the U.S. and China in 2011 and 2012 when both leaders were serving as their respective countries' vice presidents, and they have held five phone or video calls since Biden became president in January 2021. But the U.S.-China relationship has become far more complicated since those getting-to-know-you talks in Washington and on the Tibetan plateau a decade ago.

As president, Biden has repeatedly taken China to task for human rights abuses against the Uyghur people and other ethnic minorities, Beijing’s crackdowns on democracy activists in Hong Kong, coercive trade practices, military provocations against self-ruled Taiwan and differences over Russia’s prosecution of its war against Ukraine. 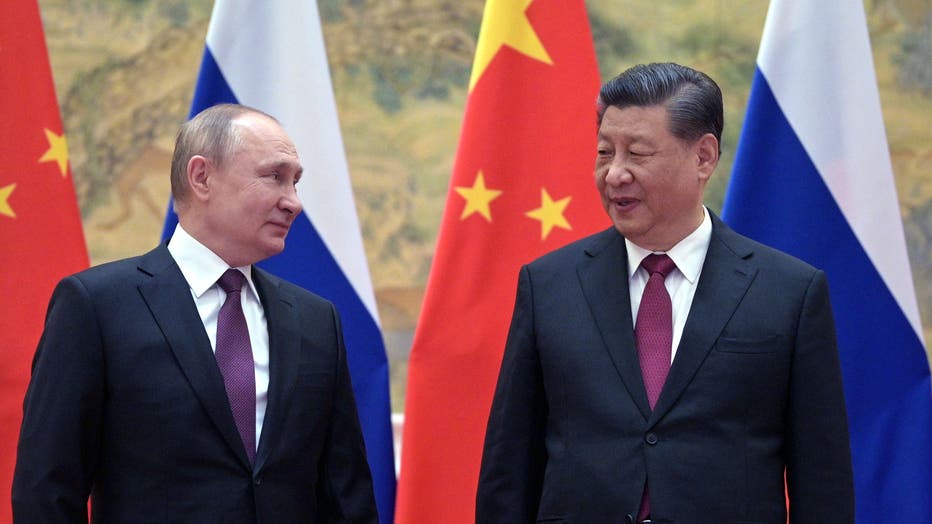 Russian President Vladimir Putin (L) and Chinese President Xi Jinping pose for a photograph during their meeting in Beijing, on February 4, 2022. (Photo by ALEXEI DRUZHININ/Sputnik/AFP via Getty Images)

Weeks before Vladimir Putin launched his invasion of Ukraine, the Russian president met with Xi in Beijing and the two issued a memorandum expressing hopes of a "no limits" relationship for their nations.

China has largely refrained from criticizing Russia’s war but thus far has held off on supplying Moscow with arms.

"I don’t think there’s a lot of respect that China has for Russia or Putin," Biden said Wednesday. "And in fact, they’ve been sort of keeping the distance a little bit."

The leaders were also expected to address U.S. frustrations that Beijing has not used its influence to press North Korea to pull back from conducting provocative missile tests and to abandon its nuclear weapons program. Biden was set to discuss threats from North Korea with the leaders of South Korea and Japan a day before sitting down with Xi.

Xi’s government has criticized the Biden administration’s posture toward Taiwan — which Beijing looks eventually to unify with the communist mainland — as undermining China’s sovereignty and territorial integrity. The Chinese president also has suggested that Washington wants to stifle Beijing’s growing clout as it tries to overtake the U.S. as the world’s largest economy.

House Speaker Nancy Pelosi arrived in Taiwan, making her the highest ranked U.S. official to visit the island in 25 years. The move comes amid warnings from China, who claims Taiwan is part of its territory, that a visit would result in "resolute and strong measures" in response. President Joe Biden did not specifically tell Pelosi not to go, saying the decision was ultimately hers to make.

READ MORE: Pelosi says US will not abandon Taiwan despite warnings from China

Biden said that he’s "not willing to make any fundamental concessions" about the United States’ Taiwan doctrine.

Under its "One China" policy, the United States recognizes the government in Beijing while allowing for informal relations and defense ties with Taipei. It takes a stance of "strategic ambiguity" toward the defense of Taiwan — leaving open the question of whether it would respond militarily were the island attacked.

Biden caused a stir in Asia in May when at a news conference in Tokyo, said "yes" when asked if he was willing to get involved militarily to defend Taiwan if China invaded. The White House and Defense Secretary Lloyd Austin were quick to clarify that there was no change in U.S. policy.

READ MORE: Biden: US would intervene militarily if China were to invade Taiwan 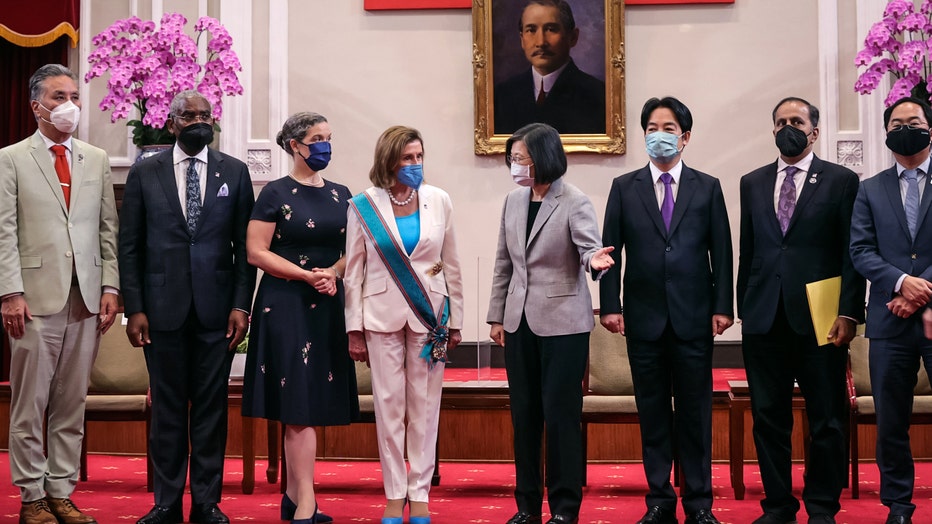 Speaker of the U.S. House Of Representatives Nancy Pelosi (D-CA), center left, meets Taiwan's President Tsai Ing-wen, center right, at the president's office on August 03, 2022 in Taipei, Taiwan. (Photo by Chien Chih-Hung/Office of The President via

Xi has stayed close to home throughout the global COVID-19 pandemic, where he has enforced a "zero-COVID" policy that has resulted in mass lockdowns that have roiled the global supply chains.

He made his first trip outside China since start of the pandemic in September with a stop in Kazakhstan and then onto Uzbekistan to take part in the eight-nation Shanghai Cooperation Organization with Putin and other leaders of the Central Asian security group.

U.S. officials were eager to see how Xi approaches the meeting after being newly empowered with a third term and consolidating his position as the unquestioned leader of the state, saying they would wait to assess whether that made him more or less likely to seek out areas of cooperation with the U.S.

They emphasized that party congress results reinforced the importance of direct engagement with Xi, rather than lower level officials whom they’ve found unable or unwilling to speak for the Chinese leader.