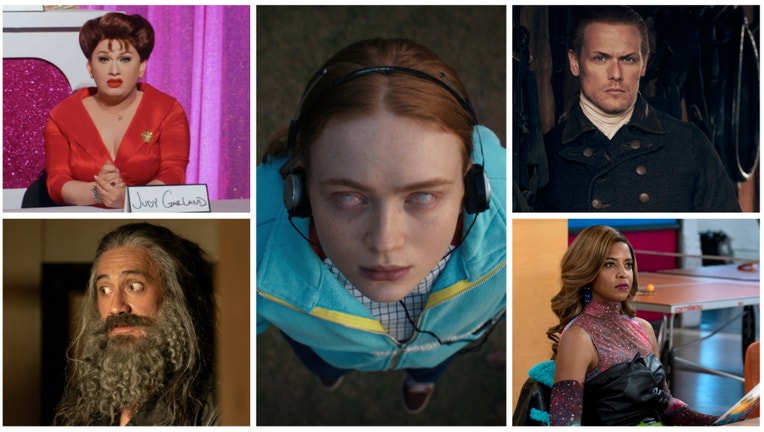 Chicago - With the world of TV far too vast for any one person to watch it all, FOX Digital assembled film and TV critics Allison Shoemaker, Caroline Siede and Clint Worthington to highlight some of their favorite streaming shows they’ve watched so far this year. And while they quickly settled on a consensus choice for the best streaming TV show of the year (so far), the rest of their ballots include an eclectic mix of reality TV fun, thoughtful sci-fi drama and inventive comedy. And that’s to say nothing of recent standouts like "The Bear," "Ms. Marvel," "The Rehearsal" and others you’re likely to see on our lists come December.

So read on for 10 recommendations for what series to binge next, on platforms ranging from HBO Max and Netflix to Hulu, Peacock, Apple TV+ and Paramount+.

Former "Parks and Recreation" star Adam Scott gives the performance of his career in "Severance" — a good thing, as Apple TV+‘s nimble, riveting workplace thriller-dramedy is enough to make its audience think seriously about retirement, to say nothing of its cast. If he never takes another role again, we can and should hold executive producer Ben Stilleraccountable. Scott plays Mark Scout, a former professor whose grief drove him to accept a job on the "severed" floor at Lumon Industries, a ubiquitous, mysterious and massively powerful corporation that’s developed a technology that brings a whole new meaning to the idea of work/life balance. A chip is inserted into the employee’s brain, and when the worker in question crosses a particular threshold, their existing self — called an "outie" in the corporate parlance — vanishes, leaving behind an "innie," a self with no knowledge of or connection to the outside world.

A little bit "The Office," a little "Eternal Sunshine of the Spotless Mind" and a tiny dash of "Lost" are all in the mix in this nightmarish yet oddly familiar scenario. Like much great science fiction, the outsize reality of this world is tailor-made to prompt the viewer to question their own. We may not all have coffeemakers branded with our employer’s logos waiting on us at home, but the questions "Severance" asks about how we sell and spend our time and how we’re shaped by the corporations that employ us are as relevant to the real world as they are to this fictional one. It’s a crackerjack premise brought to life by a uniformly excellent ensemble, and those are reasons enough to watch this corker of a series.

WATCH FREE ON TUBI: The workplace dramedy "Clockwatchers" — get the app 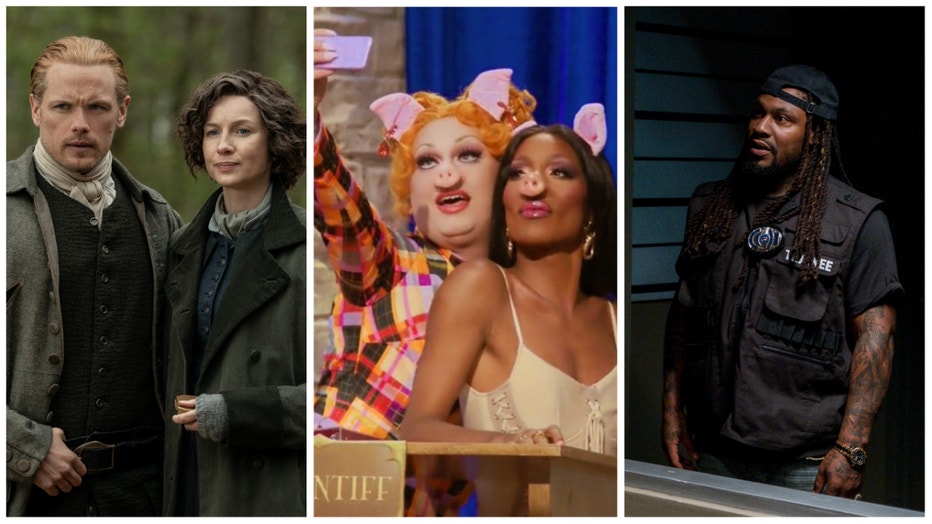 Almost every season of "Outlander" has been good so far, because it’s got a great cast, engrossing source material and an endless supply of breathtaking Scottish landscapes to photograph. That’s remained true as the story has crossed decades and oceans, taking the Frasers from Scotland to France to Jamaica to its current home in colonial North Carolina. But in its sixth season, the somewhat long-in-the-tooth series sharpened those teeth for a short, tightly-focused and devastatingly intimate season, fueled by series-best performances from leads Caitriona Balfe and Sam Heughan and the excellent work of two newcomers to Fraser’s Ridge, Mark Lewis Jones and Jessica Reynolds. The latter in particular turned in a performance as good as anything else on TV this year, imbuing the sometimes predictable series with revitalizing ambiguity.

I started watching the flagship series of the behemoth that is the "RuPaul’s Drag Race" empire on the day it premiered on tiny cable LOGO. From the first "lip sync for your life," I was hooked and never looked back — but even the most devoted "Drag Race" viewer gets a little burned out from time to time. So I am delighted to report that, to my surprise, the all-winners season of "All Stars" currently careening toward its finale is my favorite season in years, it’s one of the show’s best, thanks to some brilliant producing decisions and a never-to-be-topped cast. Queens like Shea Coulée, Jinkx Monsoon, Jaida Essence Hall and The Vivienne are drag artists, but they’re also reality TV savants who understand the assignment. The result is the most joyful and absurd season of this mega-hit in years — only the bizarre decision to eschew any negative critiques hits a wrong note, and even that is easily forgiven. After all, I’m delighted to be spending an hour a week being dazzled by these goddesses, so how can I fault the judges for doing the same?

WATCH FREE ON TUBI: "Project Runway" — get the app

"Murderville" is one of those shows that’s better in theory than in practice. The conceit — Will Arnett plays a down-on-his-luck cop saddled with a new celebrity "partner" every week, only everyone other than the celeb has a script — is too dependent on the guest to be a sure thing. There’s exactly one fix to that problem: Every week, the guest should be Marshawn Lynch. The football star doesn’t have the comedic bona fides of some of the other stars who moonlight as detectives in "Murderville," but he’s easily the best of the bunch, approaching the task before him with a perfectly pitched blend of playfulness and commitment. The show is fine. This episode, though, is a corker. Watch it the next time you need a pick-me-up.

WATCH FREE ON TUBI: The meta comedy of "Staged" — get the app 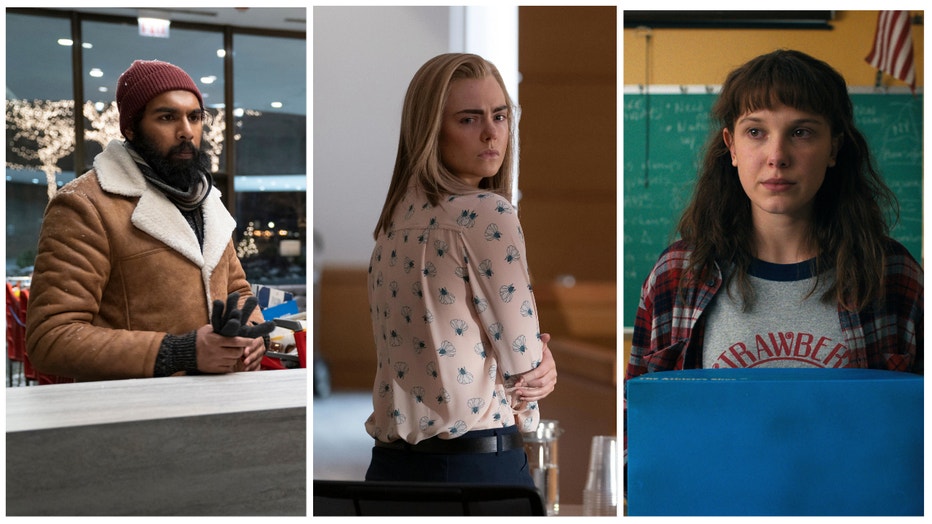 There were two responses to this pandemic-centric show when it aired across late 2021 and early 2022: Either dive straight in or avoid it entirely. And while both are completely understandable, "Station Eleven" is worth a second look for those who missed it the first time around. Though, yes, it’s deeply eerie to watch a show depict the rise and aftermath of a pandemic that kills 99 percent of the population, "Station Eleven" is less of a dystopian series than an unexpectedly optimistic one about the resilience of the human spirit and the power of art and community.

WATCH FREE ON TUBI: The sci-fi series "Misfits" — get the app

"The Girl from Plainville," miniseries (Hulu)

2022 has been a huge year for ripped-from-the-headlines series, from the soapy ridiculousness of "Inventing Anna" to the questionable ethics of "Pam & Tommy" to the procedural drama of "The Dropout." But the one that really stuck out to me is the sensitive miniseries "The Girl from Plainville," which stars Elle Fanning as Michelle Carter, the young woman at the center of a "texting suicide" case from 2015. Fueled by humanism rather than sensationalism, "The Girl from Plainville" is elevated by its thoughtful perspective from creators Liz Hannah and Patrick Macmanus, as well as a tremendous cast who bring this difficult material to life with the deepest of empathy.

Maybe it’s the contrarian in me, but I’ve always been a little bit agnostic about the wildly popular "Stranger Things." So color me surprised that the show’s fourth season totally sucked me in! There’s a groovy energy to this more grown-up, more horror-infused evolution of the show’s classic "kids on bikes" formula. (That Kate Bush scene is an all-timer.) And it’s a thrill to watch the series mature right alongside its young leads.

RELATED: 'Stranger Things' recap: Here's a refresher ahead of the season 4 premiere 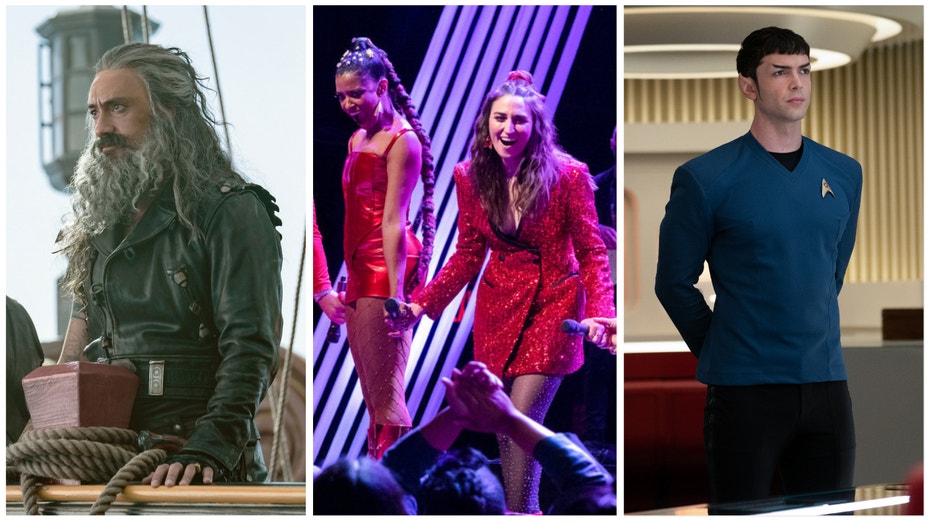 HBO’s Taika Waititi-produced pirate comedy about a dandy (Rhys Darby) who tries out life on the high seas started out, predictably, as a droll genre parody on par with the similarly excellent "What We Do in the Shadows." But "Our Flag Means Death" meaningfully zags as the season goes on, turning the dynamic between Darby’s Stede Bonnet and Waititi’s Blackbeard into a gentle, yearning, unapologetically queer love story. Add to that some genuine laughs and some of the best needle drops of any TV this year (hi, Fleetwood Mac!), and it’s no surprise the show’s renewal for a second season made so many people’s Pride Month.

WATCH FREE ON TUBI: Taika Waititi’s acclaimed comedy "Hunt for the Wilderpeople" — get the app

While Tina Fey and Robert Carlock suffered the loss of "Mr. Mayor" earlier this year, their other show is still (knock wood) going strong. In the excellent second season, our middle-aged girl group is deep in album mode. The Fey-Carlock joke machine keeps chugging along with some killer gags, paired with a greater sense of melancholy as the group struggles against their revitalized fame in their own ways. Plus, the pitch-perfect new songs make for some brand new earworms (just try to get "B.P.E." out of your head, I dare you).

WATCH FREE ON TUBI: Fran Drescher in "The Nanny" — get the app

While the Alex Kurtzman-led tenure of "Star Trek" has had its ups and downs, its latest series — which follows the adventures of Captain Pike (Anson Mount) and young Spock (Ethan Peck) aboard a pre-Kirk USS Enterprise — comes closest to capturing the spirit of "Trek" at its peak. It’s sprightly and fun, and its adventure-of-the-week format is a nice respite from the drawn-out arcs of its contemporaries. Plus, it’s been a long time since a "Trek" cast has clicked this quickly and this well; whether old or new, these are characters I’d be happy to see gallivant around the cosmos for six seasons and a movie.

WATCH FREE ON TUBI: The cult classic sci-fi series "Firefly" — get the app

Continue the binge with "The Freak Brothers," streaming free on Tubi

The Freak Brothers (2021): Smoke 'em if you got 'em! Pete Davidson, Woody Harrelson and John Goodman lead the voice cast of this adult animated stoner comedy based on Gilbert Shelton’s cult classic comic, "The Fabulous Furry Freak Brothers." The series follows three 1960s hippie stoners who smoke a magical strain of weed, only to fall into a 50-year slumber and wake up in the 2020s. While time (and weed culture) may have changed, the Freak Brothers are just as mellow as ever. "The Freak Brothers" is a Tubi Original. Rated TV-MA. One season, 8 episodes. Also featuring the voices of Tiffany Haddish, La La Anthony, Adam Devine, Blake Anderson.

About the writer: Clint Worthington is a member of the Chicago Film Critics Association. He is the founder and editor-in-chief of The Spool, and a Senior Writer at Consequence. You can find his other work at Vulture, Nerdist, RogerEbert.com, and elsewhere.