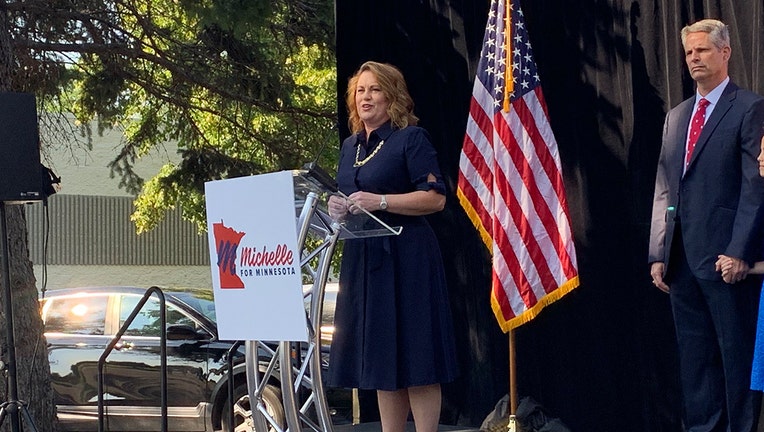 Republican State Sen. Michelle Benson launched her campaign for Minnesota governor during an event at Master Machine in Blaine Wednesday.

Benson held her campaign kickoff at Master Machine in Blaine, where she predicted that she would emerge from a crowded GOP primary to face DFL Gov. Tim Walz, who appears certain to run for re-election.

The 2022 Republican primary for Minnesota governor accelerated Wednesday as state Sen. Michelle Benson joined the race and fellow GOP Sen. Paul Gazelka resigned as Senate majority leader in a precursor to launching his own campaign.

"This isn't going to be an easy path, but I've never taken anything for granted," Benson, a fourth-term senator from Ham Lake, said about her Republican competition. "I'm going to beat those guys. I'm going to be our nominee, and I'm going to be the next governor of this state."

If she's elected, Benson would become the first female governor in Minnesota history. She said her position as Senate Health committee chairwoman had put her in the best position to understand the COVID-19 pandemic's impact on Minnesota, and said Walz had overstepped his authority in handling the pandemic.

Hours before Benson's launch, Gazelka announced that he's resigning as Senate majority leader, a move Benson called a "distraction." Gazelka said he called Benson on Tuesday night to tell her about his plan.

Gazelka's own campaign announcement is likely to happen within a few weeks. His decision to step down from his Senate leadership position kickstarts a GOP caucus decision about his replacement. 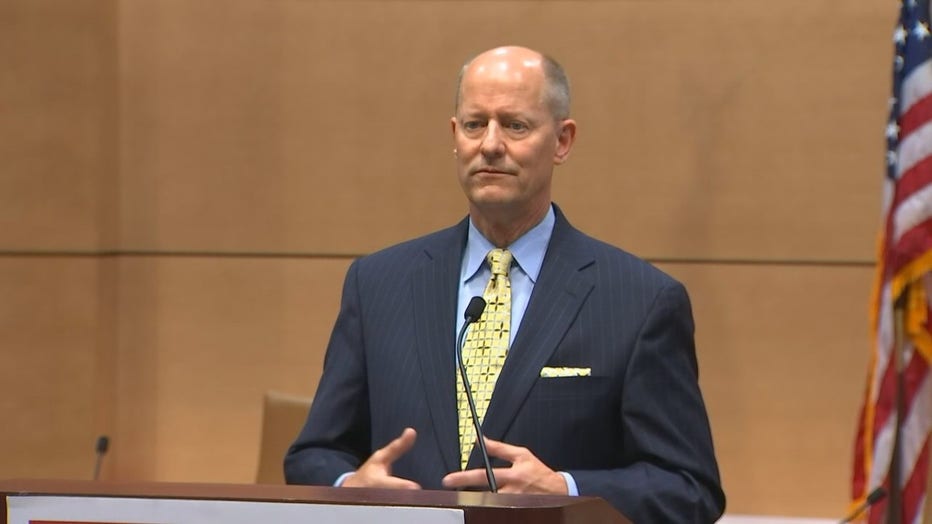 "I just feel like if I’m going to start walking toward one direction, then it’s really hard to do two directions," Gazelka, of East Gull Lake. told reporters at the Minnesota State Fair.

All signs point to Walz running for a second term, though he hasn't made it official yet.

"I think we've got a lot to offer and we'll make that decision pretty soon," Walz said during a live interview with Minnesota Public Radio last week.

Walz will have significant advantages as the incumbent, having won offer in 2018 by 11 percentage points. The governor's first term has been marked by his response to major challenges, including the COVID-19 pandemic and rioting that followed the police killing of George Floyd.

Gazelka and Benson pointed to COVID and rising crime rates as campaign themes for the next year. Gazelka said crime was the top issue on GOP voters' minds, while Benson said it was the possibility of vaccine mandates.

"It’s really energizing people right now. The idea that you would have to have a medical intervention in order to be employed is really concerning to people," Benson said.

When asked by FOX 9, Benson said the Senate needs to reconsider Health Commissioner Jan Malcolm’s job status. She did not say whether she would vote to fire Malcolm. Benson had previously said Malcolm should not be fired.

Benson said she planned to run through the GOP primary regardless of who gets endorsed at the 2022 state convention, though a spokeswoman later said the senator would abide by the party's endorsement. Gazelka said he would follow the endorsement, which has been the traditional stance among Republican candidates.

Gazelka told reporters that he would not run for re-election to his Brainerd Lakes-area Senate seat regardless of whether he runs for governor in 2022.

He said "five or so" senators are capable of being majority leader and planned to stay neutral. State Sen. Tom Bakk, a former Senate DFL leader who now caucuses with Republicans, is a possible candidate, Gazelka said. The decision is up to the GOP caucus.