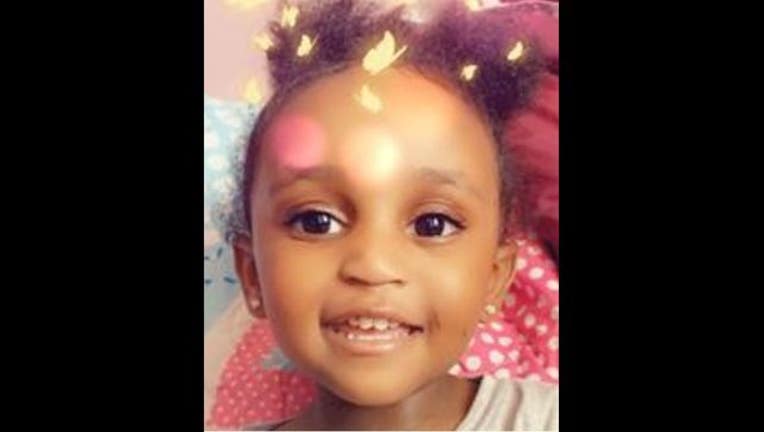 Authorities are searching for two-year-old Noelani Robinson, who remains missing from Milwaukee after her father was arrested Wednesday. She may be in Minnesota or Michigan. (Photo credit: Milwaukee Police Department)

(FOX 9) - The 2-year-old Milwaukee girl who was reported missing was found dead Friday in a ditch along Hwy. 218 near Blooming Prairie, Minnesota, according to the Minnesota BCA.

The BCA is now investigating the case of Noelani Robinson's death. The medical examiner determined the child died of blunt force trauma to the head.

Police say a passerby reported seeing a blanket and possible remains in the ditch along Highway 218 around 6 p.m. Friday night. Local police responded to the scene and determined the child's body appeared to have been there for a number of days.

Crews from the BCA and local law enforcement remained at the scene through the night and executed a search warrant at an Austin hotel early Saturday morning, where it is believed the child's father stayed at one point last week.

The child was initially taken by her father, Dariaz Higgins, who was taken into custody Wednesday in Milwaukee. He is accused of murdering Noelani's mother Sierra Robinson.