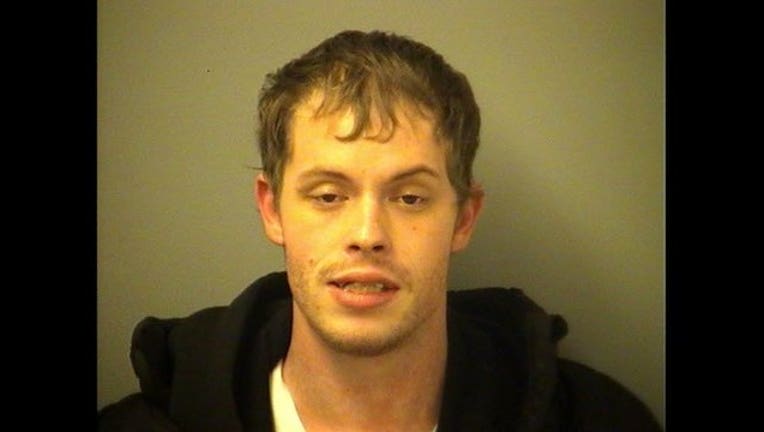 William Cornelius Jr., 25, is accused of stealing sex toys after proposing to his girlfriend at a Bay City Walmart.

BAY CITY, Mich (WJBK/AP) - A newly engaged Michigan couple celebrated their pending nuptials with cheers and applause from Walmart shoppers. But their night ended with both of them in jail on accusations they went on a shoplifting spree that included sex toys.

Police say a 25-year-old man proposed marriage to a 20-year-old woman at a Bay City Walmart in front of employees and other shoppers who congratulated them on Dec. 30.

But that same night, William Cornelius Jr. later was accused of shoplifting at a nearby store and arrested. Court records show the items included an edible thong and sex toy.

According to the Bay City Times, police were called to Spencer's Gifts at the Bay City Mall to a report of shoplifting. The two were gone by the time police arrived, but they tracked down the 20-year-old woman walking between the Bob Evans and Taco Bell. Right behind her was a Spencer employee.

According to the report, the woman said they were shopping at the mall and she had nothing to do with what happened at Spencer's. She also denied stealing anything and said she was "not going to snitch" on Cornelius.

The paper writes that deputies found Cornelius sleeping in the food court of the mall. He apparently fell asleep at a table while trying to tie his shoes.

When they woke him up, they said they found a watch, an edible thong, a sex toy, panties, and sex candy from Spencer's. All told, the stolen items were valued at $80.93.

Cornelius said he stole the items for his fiancee after proposing at Walmart. The paper said Cornelius asked an employee to read a proposal note over the store's public address system. After she said yes, employees and shoppers cheered and congratulated them.

Deputies confirmed he bought the ring at Walmart for $29.62 but also say they spotted the woman putting items in her purse.

Cornelius told deputies he had been given Tramadol during a recent hospital visit.

He was arraigned on Tuesday on one count of third-degree fraud. He could get 93 days in jail and up to a $500 fine.

Cornelius' new fiancee had posted bond before she was arraigned and a mug shot was not available.

Information from The Bay City Times and the Associated Press was used in this report.