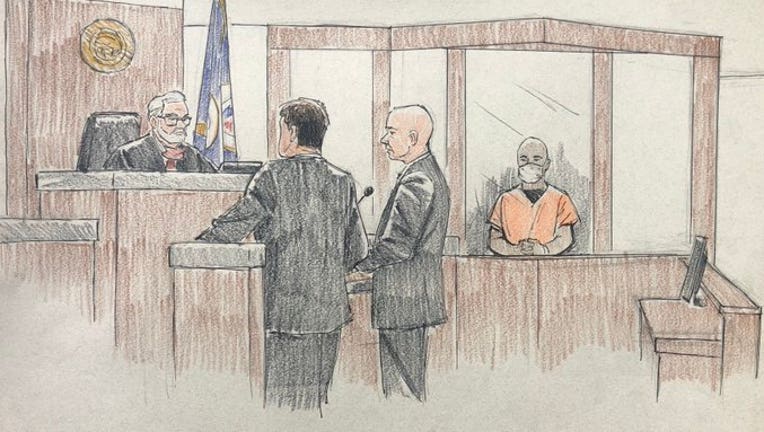 All three officers appeared in front of a judge on Thursday.

MINNEAPOLIS (FOX 9) - A judge has set bail for three former Minneapolis police officers charged with aiding and abetting the murder of George Floyd on Thursday.

J. Alexander Kueng, Thomas Lane and Tou Thao went before a judge for their first appearances since being taken into custody Wednesday. The three officers appeared in court as mourners gathered elsewhere in Minneapolis to honor Floyd's life.

Tou Thao was arrested Wednesday in connection with the death of George Floyd. (Hennepin County Jail)

In court, well-known attorney Earl Gray, who is representing Thomas Lane, argued that, at the time of Floyd's death, Lane had only been on the streets as an officer for four days. However, employment records show he had been made an officer in December 2019 after working as a cadet and recruit since February 2019. 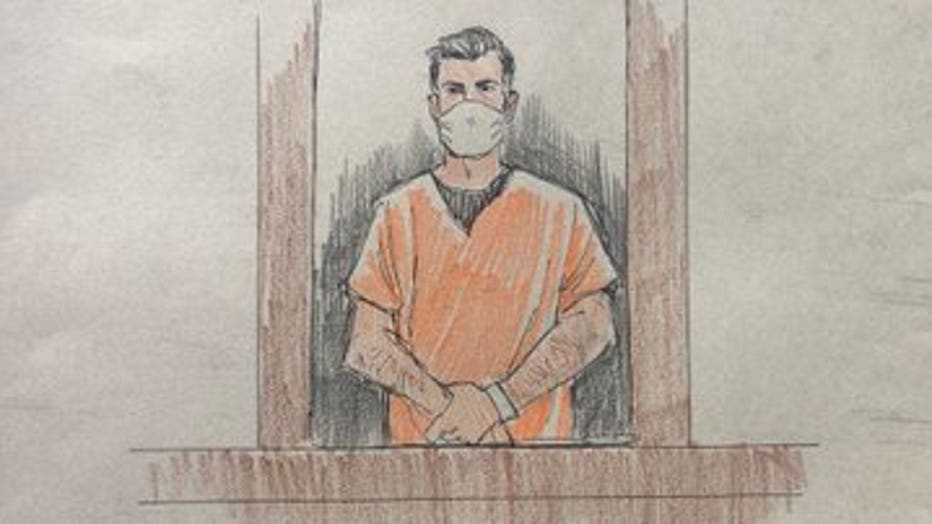 The attorney further argued that Lane asked several times if they should roll Floyd over as Chauvin pinned him to the group and tried to revive him in the ambulance.

“You’ve got a 20-year cop on the front and my guy’s back there with four days, ‘Shall we roll him over?’ and he says, ‘No we’ll wait for the ambulance’ twice and then he says he’s suffering from a delirium? I don’t know what you’re supposed to do as a cop,” said Gray.

Despite the arguments, the judge set bail at $1 million for the officers or $750,000 with conditions. Gray said afterward he intends to seek a probable cause hearing to argue against the state's evidence. 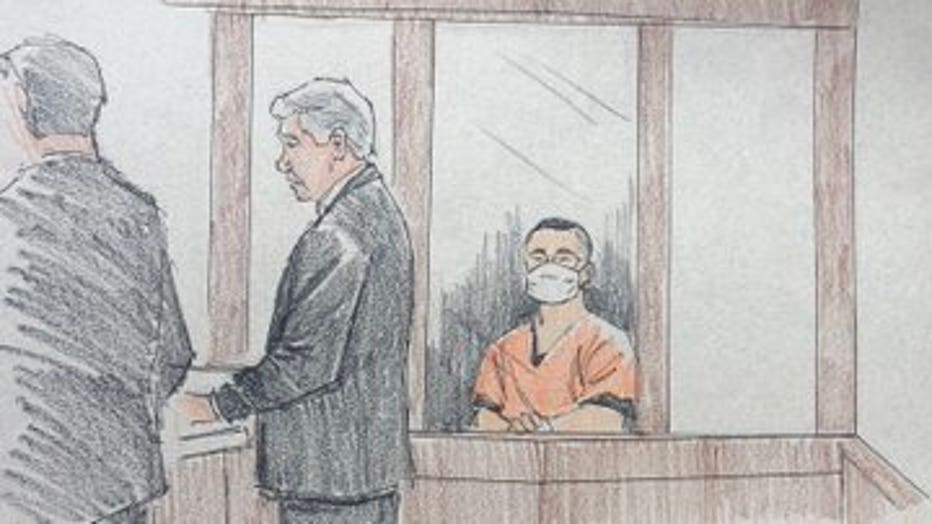 Thao's attorney argues on his behalf.

CHARGES: OFFICERS HELD FLOYD DOWN EVEN AFTER HE STOPPED MOVING, BREATHING

According to the charges, Lane and Kueng responded to the initial 911 call from Cup Foods about a customer using counterfeit currency. They located Floyd in a nearby vehicle.

As Lane began speaking with Floyd, Lane pulled his gun out, pointed it a Floyd’s open window and directed him to show his hands. When Floyd put his hands on the steering wheel, Lane put his gun back in his holster.

Lane then ordered Floyd out of the car and handcuffed him.

After sitting Floyd down on the sidewalk and talking for a few minutes, Lane explained they were arresting him for passing counterfeit currency. Lane and Kueng stood him up and attempted to walk him to their squad car, but they tried to put him inside, Floyd stiffened up and fell to the ground.

“Floyd told the officers that he was not resisting but did not want to get in the back seat and was claustrophobic,” the charges say.

Chauvin and Thao eventually arrived on the scene to assist. As the officers were trying force Floyd into the backseat of the squad car, Floyd repeatedly said that he could not breathe and would not go voluntarily into the vehicle.

Floyd told the officers “I can’t breathe” multiple times and repeated said “mama” and “please,” but the officers did not move from their positions.

At one point, Floyd said, “I’m about to die,” but the officers did not move from their positions.
Lane asked, “Should we roll him on his side?” and Chauvin says, “No, staying put where we got him.” Lane said he was worried about “excited delirium,” but Chauvin replied, “That’s why we have him on his stomach.”

“Despite his comments, [Lane] took no actions to assist Mr. Floyd, to change his position, or to reduce the force the officers were using against Mr. Floyd,” the criminal complaint filed against Lane reads.

The body camera video shows that after nearly six minutes on the ground, Floyd eventually appeared to stop moving or breathing. Lane said, “want to roll him on his side.” Kueng checked his pulse and found none, but none of the officers moved until the ambulance arrived a few minutes later.

The Hennepin County Medical Examiner ruled Floyd’s death a homicide and determined his heart stopped as the officers restrained him.

“Police are trained that this type of restraint with a subject in a prone position is inherently dangerous,” the charges say. “Officer Chauvin’s restraint of Mr. Floyd in this manner for a prolonged period was a substantial causal factor in Mr. Floyd losing consciousness, constituting substantial bodily harm, and Mr. Floyd’s death as well.”