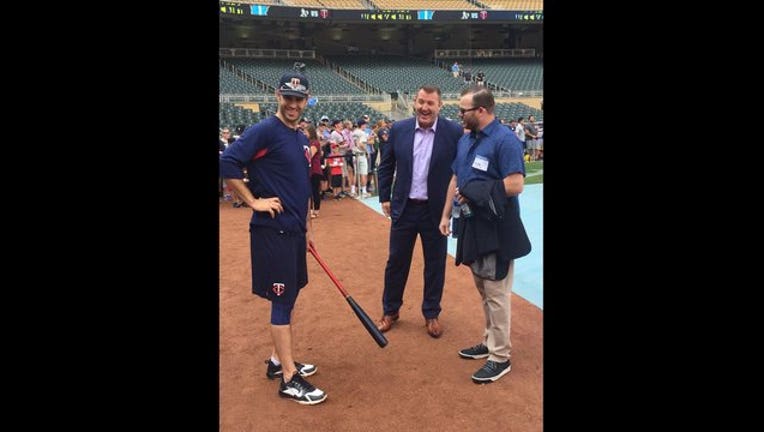 MINNEAPOLIS, Minn. (KMSP) - The Minnesota Twins honored Hall of Fame slugger Jim Thome before Saturday’s game against the Oakland Athletics and one A’s player wanted to make sure he didn’t miss out.

According to Fox 9’s Pierre Noujaim, A’s third baseman Matt Chapman hoped to get an audience with the legendary Twin.

He reportedly walked over to the Twins’ dugout and asked, “Did Jim Thome leave already?”

“Sounded like a kid wanting to meet an idol,” said Noujaim about the exchange. “I have a feeling he’ll get his chance.”

Whether or not Chapman was able to meet the Hall of Famer is unknown, but Minnesota baseball fans took their time to honor the sweet-swinging first baseman, delaying the start of Saturday’s game to do so.

The fans gave Thome a standing ovation before first pitch.