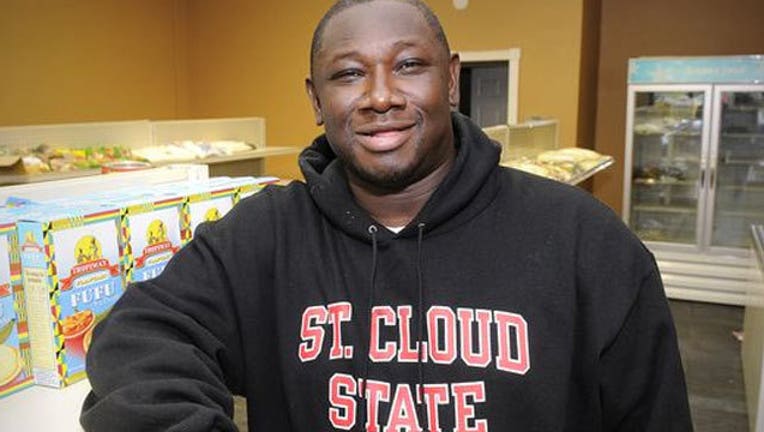 Keita Keletigui, 37, of St. Cloud, Minnesota was found dead of a gunshot wound in his apartment in June 2015.

ST. CLOUD, Minn. (KMSP) - After more than two years of investigating, authorities have arrested their first suspect in the 2015 murder of a well-known St. Cloud, Minnesota shopkeeper.

U.S. Marshals arrested Cheryl Oby Albert, 24, at an airport in Los Angeles on Tuesday on an arrest warrant for second degree murder. Albert is originally from Minneapolis. She will remain in custody in California pending extradition to Minnesota.

Keita Keletigui, 37, was found dead of gunshot wound in his apartment in St. Cloud in June 2015. There was no sign of forced entry into the apartment.

Keletigui was the owner of the local African grocery store, Kilimanjaro Market. The Guinea native came to Minnesota to study IT and business at St. Cloud State University. He opened his store in 2011 to give his loyal customers a taste of home, stocking foods like plantains, fufu and seasonings that used to require a drive to the Twin Cities.

"After two years of pain and anguish, there is relief in knowing that his killer is in custody and will face prosecution. We know that the legal process will take time, but are hopeful that Papi will receive justice for a precious life cut too short," the family said in a release.