PHOENIX - A family has been reunited with their father’s Purple Heart more than three decades after he died, thanks to a bit of sleuthing.

Teresa Ferrin discovered the Purple Heart — along with several other military awards — at a thrift shop in Phoenix, Arizona, where she volunteers once a week.

Ferrin explained to Fox News that her job involves pricing the donated items before displaying them on the shop's floor. But about two weeks ago, someone dropped off the military awards, making sure to point out the Purple Heart among the collection.

She inspected the medal and found a name on the back. That’s when she decided to track down the owner.

"I just felt it needed to go to the family, and I was going to try to find the family," Ferrin told Fox News. 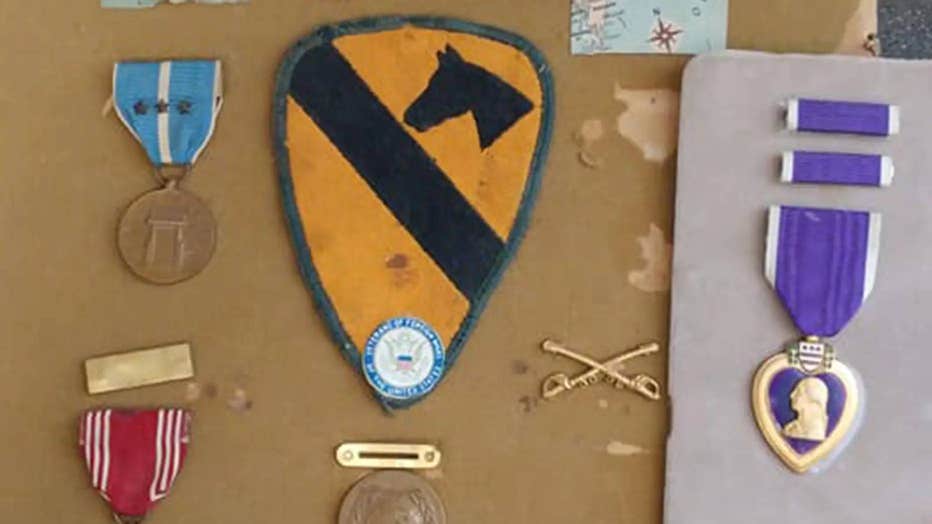 Teresa Ferrin discovered these military awards, including the Purple Heart, while she was volunteering at the Christian Family Care Thrift Store in Phoenix, Arizona, about two weeks ago. (Teresa Ferrin)

At first, Ferrin had trouble reading the name, but she eventually deciphered it: Erik Karl Blauberg. Blauberg was a veteran of the Korean War, where he received the Purple Heart, a medal presented to service members who have been wounded or killed in the line of duty.

After doing some research online and making a few phone calls, Ferrin learned that Blauberg had been living in Apache Junction, Arizona, when he died in 1988 at the age of 58. 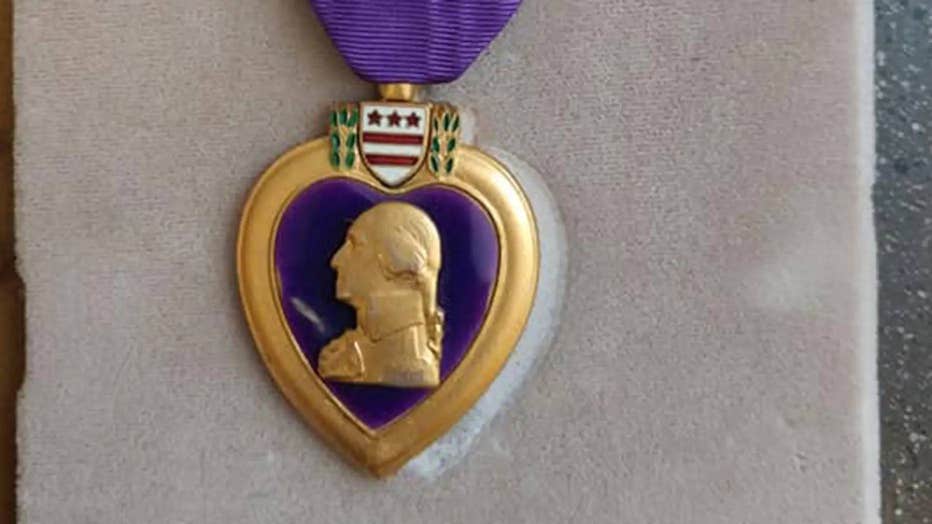 Ferrin was able to track down the children of the original owner, a man named Erik Karl Blauberg. (Teresa Ferrin)

Ferrin was later able to get in touch with a few of Blauberg’s eight children, including Lisa Walker, who lives in Florida.

Walker told Ferrin that Blauberg had left her family when she was young, leaving her mother to care for all eight children on her own.

"They were estranged from him," Ferrin explained to Fox News. "They knew who he was, they talked to him occasionally, but they didn’t really know him very well."

By the time Blauberg died, he didn’t leave anything to his children. So when Ferrin sent the military awards — and the Purple Heart — to the family, Walker described the gesture as "bittersweet."

"This is one of the only things that we have [of his]," Walker told Fox News. "I’m very grateful to Teresa."

Walker said she and her siblings were also surprised to find out about their father’s military awards.

Ultimately, Walker said she’s thankful Ferrin was able to track her and her family down. "I can't believe someone went above and beyond like Teresa did, and didn't give up to find us," Walker said.

As far as Ferrin was concerned, she said she couldn’t have done anything else, especially because her own father had also served in the military during the Korean War.

"I thought, if it was my father’s, I’d certainly want someone to return it to me," Ferrin said. "I just felt the family needed to have that."