An Arizona man took it upon himself to head to Texas to help with restoring homes with water damage during a series of winter storms that left the Lone Star State devastated with no heat and undrinkable water.

PHOENIX - Power outages quickly gave way to water shortages in Texas amid deadly winter storms and more than half the state remains under an advisory that warns residents to boil their water before using it due to possible contamination, as of Feb. 20.

This disaster inspired an Arizona man to head to the Lone Star State and help out in any way he could with the skillset he has.

Jordan Orta, owner of Tru Grit Restoration in Ahwatukee, says he called a property management company in Texas to see if it needed a helping hand after the devastating storm. When he got a yes, he didn't think twice and began a 16-hour drive to Dallas, Texas. 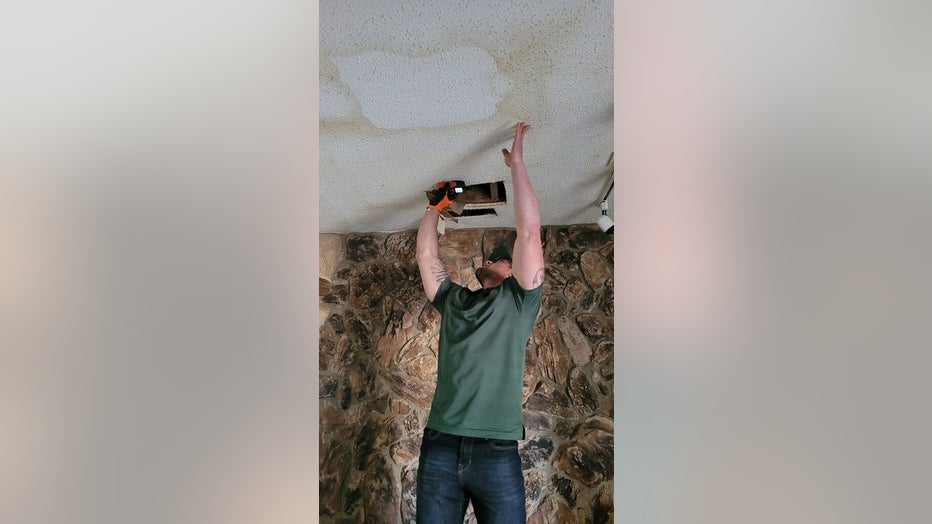 He said after hearing about the polar vortex's impact on the state and people being displaced from their homes, he said he couldn't stand by and watch as he has the skillset to help out many Texans facing homelessness and record-cold temperatures.

Orta is currently working on a condo that was flooded after the devastating storm that left hundreds of thousands of people without power and severe water damage to their homes.

"Really damaged from all the water, so just this one. But I'm sure, I'm sure there's others around here that have the same problem. I just don't know about it," he said about where he's currently working.

He plans on staying in Texas as long as he has the equipment to get the jobs done. But, he says his supply is scarce.

"I was trying to buy, you know, a lot of equipment, and I can't. I can't find any ... if I don't have the equipment to dry out somebody's house, there's not too much you can do," he said.

Orta said he's been calling other companies in Texas to help out in any way possible. As for the work he's doing, he says he's not expecting a check for at least three months.

This story was reported on from Phoenix, Arizona.