There is mounting concerns that Apple's AirTags are being used to stalk people, and there are calls for production of the new gadget to be stopped.

NEW YORK - In response to growing concerns about how stalkers, thieves, abusive partners, and other dangerous people have been using Apple AirTags — coin-sized tracking devices — to target victims, a privacy group is calling on the tech giant to permanently pull the gadgets from store shelves. The group Surveillance Technology Oversight Project, or STOP, said Apple claims it promises to protect people's privacy yet "profits from surveillance."

"When survivors and advocates warned Apple that AirTags were dangerous, the company refused to listen. They claimed that their technical fixes would prevent abuse," STOP Executive Director Albert Fox Cahn said in a statement. "Today, we see that they’re wrong and that AirTags are being abused in exactly the way we feared."

Apple AirTag devices are meant to help Apple iPhone or iPad users locate personal items. Apple AirTags can be attached to keys, purses, backpacks, and even pets so that the user can track them down. The devices use Bluetooth technology.

But since Apple AirTags came to market in April 2021, numerous reports have surfaced of people using the eerily precise devices for nefarious reasons, such as secretly keeping tabs on potential crime victims.

Sports Illustrated Swimsuit model Brooks Nader said that a stranger planted an Apple AirTag in her coat while she was at a New York City bar on Jan. 7. Nader said someone stalked her for five hours as she went to different bars around the city.

Police in Canada have reported that thieves are using Apple AirTags to track cars they want to steal.

And recently, the New Jersey State Police warned law enforcement officers in the state that criminals are possibly using Apple AirTags to track them. 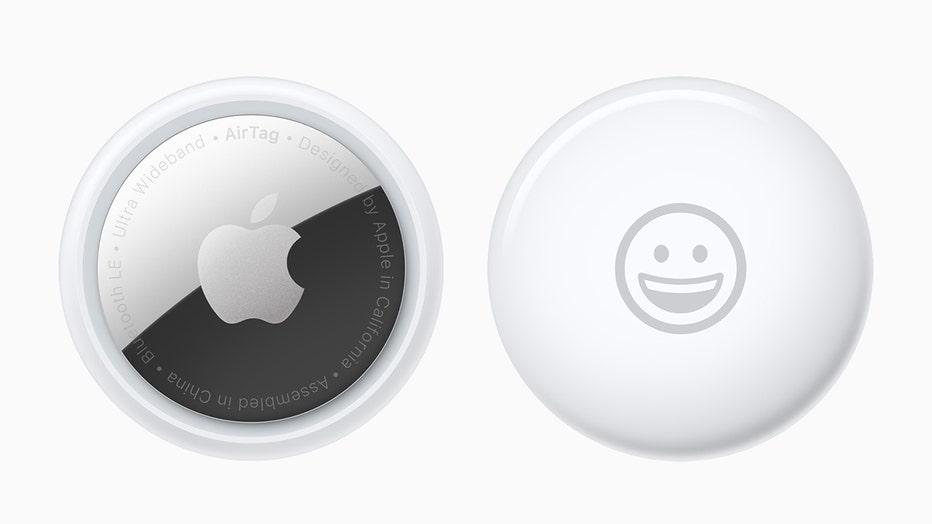 An Apple AirTag device seen from both sides. (Photo Courtesy of Apple Inc.)

Apple just released an interactive Personal Safety User Guide to advise consumers — including people who do not own any Apple iOS devices — on how they can protect themselves.

"This user guide is a personal safety resource for anyone who is concerned about or experiencing technology-enabled abuse, stalking, or harassment," Apple states on the guide's welcome page. "It can help you sever digital ties with those you no longer want to be connected to and outlines the personal safety features that are built into Apple devices."

The guide has a section devoted to safety related to Apple AirTags. This section explains how you can check if an AirTag near you might be tracking your movements. The guide has instructions on how to do this if you have an Android-powered mobile device instead of an iPhone. (The safety guide can be downloaded as a 56-page PDF.)

The group STOP, however, said Apple's safety measures aren't good enough. In November, the group issued a report about the tracking dangers posed by Apple AirTags and similar devices, which use ultra-wideband tech.

"There is no software upgrade to stop stalkers," STOP's Cahn said. "The only solution is for Apple to stop selling stalkerware."

Supermodel Brooks Nader has shared on social media how a stranger stalked her using an Apple AirTag tracker.