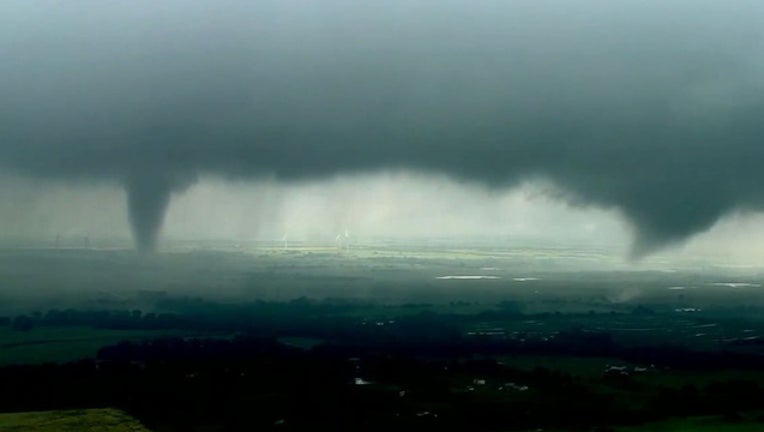 Tinker Air Force Base near Oklahoma City evacuated several planes to other military installations in anticipation of storm damage. Meanwhile, state workers in several Oklahoma counties were being sent home early on Monday, the sixth anniversary of a tornado in Moore, south of Oklahoma City, that killed more than 20 people.

Oklahoma Gov. Kevin Stitt said in a statement that the state emergency operations center is activated and urged motorists not to drive around barricades or into flooded roadways.

In Oklahoma City, emergency management officials opened the Multi-Agency Coordination Center, an underground bunker on the city's northeast side that serves as a clearinghouse for coordinating information about severe weather events and other major emergencies.

Some flights at Will Rogers World Airport in Oklahoma City were canceled to avoid damage to aircraft and the possibility of extended delays elsewhere.

The National Weather Service placed several counties under a tornado watch, calling it a "particularly dangerous situation." The weather service said the storm system will move later Monday into western Arkansas. The threat of severe weather will continue into Tuesday.

It's the latest round of severe weather to strike the region after a spate of tornadoes raked the Southern Plains on Friday and Saturday, leaving widespread damage and some people injured.