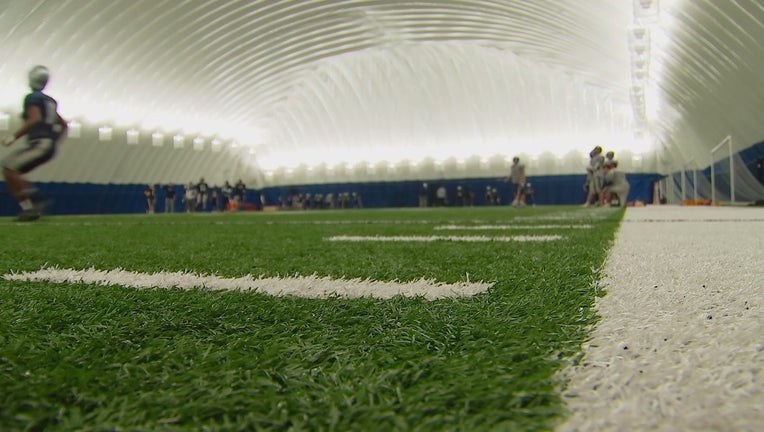 The Anoka-Hennepin School District is one of the last in the metro to approve turf athletic fields.

(FOX 9) - On Monday night, the Anoka-Hennepin School Board voted unanimously to move forward with a plan to spend between $9 and $12 million to build synthetic turf practice and playing fields at all five of the district’s high schools.

According to the proposal made by the district’s operations officer and director of buildings and grounds, “of the 74 high schools in the metro area, nearly 60 provide synthetic turf and almost every metro area high school with lacrosse has converted to synthetic turf.”

The Anoka-Hennepin School District is one of the last in the metro to approve turf athletic fields.

The proposal also states that in recent years, costs for maintaining the grass fields has been increasing. The proposal states that with football, soccer and lacrosse being played on the same field it’s become more challenging to keep it in good condition nearly year-round.

The district has also paid to rent facilities with turf for teams to practice at. As the Champlin Park High School football team prepares for their state tournament championship against Wayzata on Friday, the team is practicing under a climate controlled dome with a turf field at St. Michael Albertville High School.

“When you look at the economic equation, it just doesn’t make sense not to put in artificial turf,” Anoka-Hennepin School Board Chairman Tom Heidemann said.

According to Heidemann, the district will pay for the project without raising taxes.

“If you look at the cost of that over 20 years, it will be a lower cost than staying with grass,” Heidemann said.

The coach of the Champlin Park Football team says he supports the decision to move forward with turf.

“I just think the district works so hard at giving the kids opportunities athletically, academically, I think this is just one way we can stay on par with the other schools,” Coach Nick Keenan said.

The district’s approved plan looks to start installing turf at a practice field and game field in the summer of 2021.