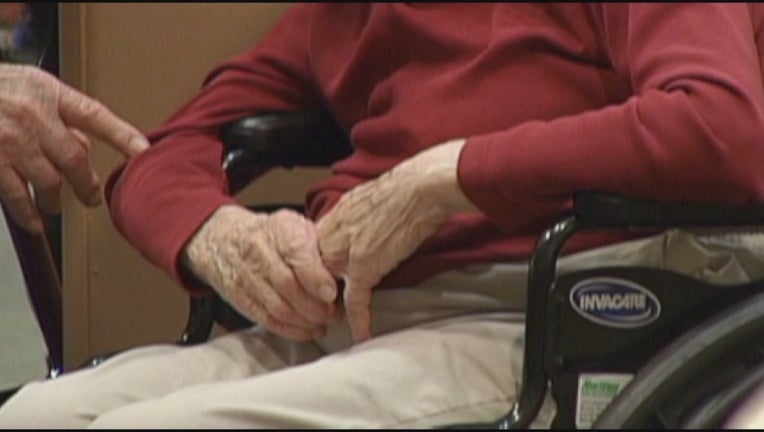 EDEN PRAIRIE, Minn. (FOX 9) - It’s cold and more snow is on the way. Those are both challenges for people touched by Alzheimer’s or dementia.

According to the Minnesota Alzheimer’s Association, the brain reasoning of those affected doesn’t let them perceive how cold it is. Officials say caregivers need to give them extra help dressing up.

Alzheimer’s and winter weather: How to keep your loved ones safe

It’s cold and more snow is on the way. Those are both challenges for people touched by Alzheimer’s or dementia.

“So we recommend that anytime you’re preparing to leave, give yourself an extra half hour or fifteen minutes, and just make sure you’re keeping an eye on your loved one and making sure they have their hands covered,” said Leah Challberg of the Alzheimer’s Association of Minnesota & North Dakota. “Usually mittens are easier and warmer that they have their head covered and making sure that they have a scarf on as well.”

This weekend’s storm means deep snow and more ice. Those with Alzheimer’s have less depth perception and will need help walking.

“We can look down and see the sidewalk is shiny and know that means ice,” said Challberg. “Where the person dementia might look down, but then look up and not remember and look down and might not in time recognize that’s ice and need to go more slowly.”

There’s also less daylight in the winter months. That impacts receptors in the brain and therefore caregivers need to turn on more lights.

The more light you have, the safer a person with dementia feels in their space. The safer they feel, the less likely they will leave that space and wander off, which this time of the year never a good thing.

Challberg also suggested leaving out mittens, hats and scarves out in a place where your loved ones can see them. That way there’s a visual cue that they need to wear them when they go outside.