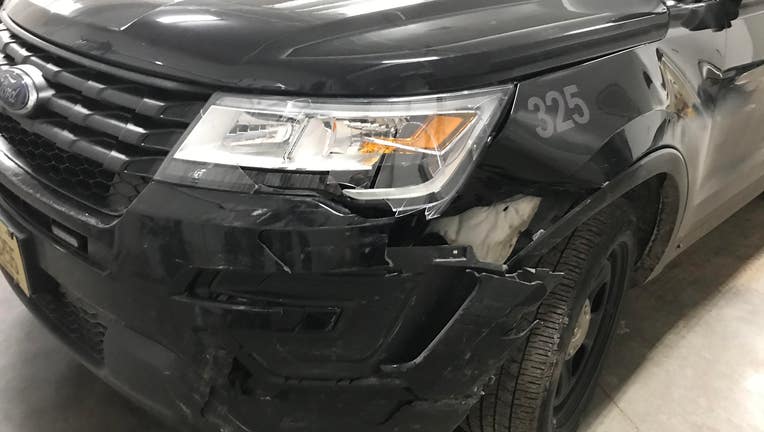 The Barron County Sheriff’s Department reported that at 4:12 a.m., a deputy tried to stop a driver in the Village of Cameron for several traffic violations, but the driver did not stop.

A 13-mile chase ensued, reaching speeds of up to 100 miles per hour.

As the driver approached Chetek on Highway SS—where the sheriff’s department had deployed spike sticks—the driver attempted to make a U-turn and struck the pursuing deputy’s squad car.

The driver, a 43-year-old Rice Lake man, was taken into custody without further incident. He is being held in the Barron County Jail for on possible charges of felony fleeing, second-degree OWI, operating a vehicle with a revoked license and on two warrants for his arrest.

The deputy was not injured, but his squad was towed from the scene.