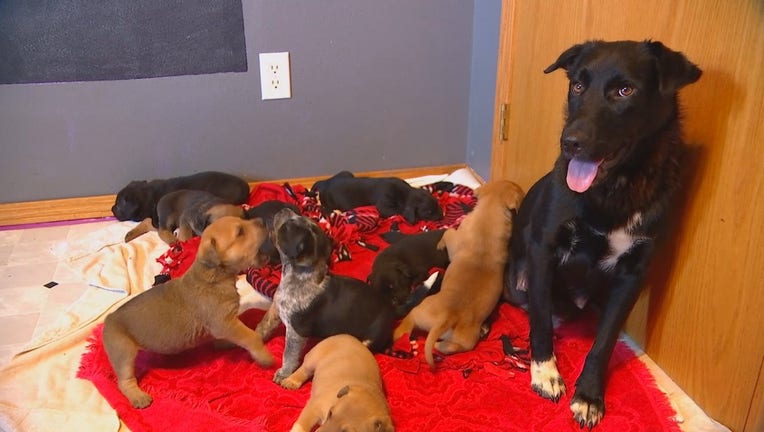 Pepper took in 10 orphaned pups after her own litter died unexpectedly.

(FOX 9) - A dog and a litter of orphaned puppies are now family after being united by tragedy.

Twin Cities-based Ruff Start Rescue jumped into action when Poppy, the mother of 10 puppies, died on July 8 unexpectedly after giving birth. So, volunteers split up the siblings and had volunteers bottle feeding throughout the night.

A dog and a litter of orphaned puppies are now family after being united by tragedy.

Then, the volunteers decided to try and pair the two up: the mom who lost her puppies and the puppies who lost their mom.

"Immediately, when we picked [Poppy] up, the puppies were in a kennel right next to her in the back of the car and her tail just started wagging," said Lexi Johnson, a Ruff Start Rescue foster. "She just perked up."

The group said Pepper accepted all the puppies, and now they are all thriving.

"Nothing short of a miracle, it's incredible. For not only unfortunately Poppy passing, but then Pepper's babies passing and Pepper taking on Poppy's babies was just incredible," said Johnson. 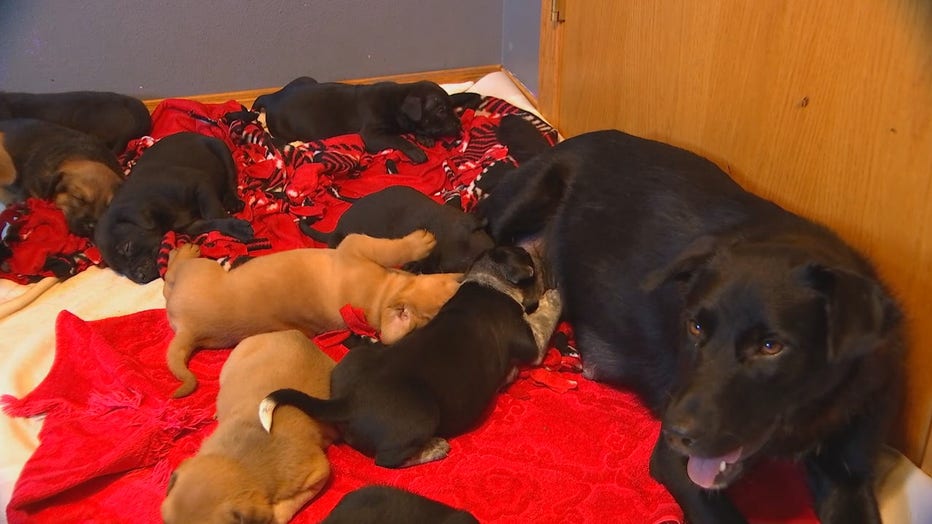