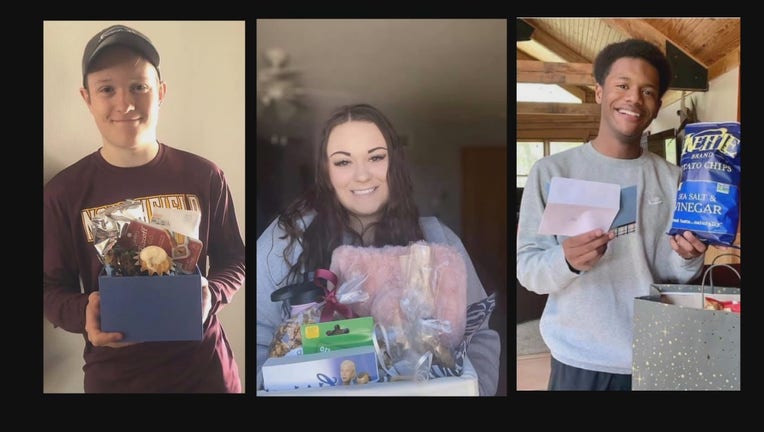 Seniors in Northfield, Minn. are being made to feel a little more special this spring after missing out on traditional graduate rites of passage.

NORTHFIELD, Minn. (FOX 9) - There will be no graduation ceremonies for Minnesota schools and universities leaving most high school seniors crushed.

In response, a community in southern Minnesota has come up with a unique way to celebrate their graduating seniors without a cap and gown or a diploma handed out.

There will be no graduation ceremonies for Minnesota schools and universities leaving most high school seniors crushed.

Bernadette Johnson is the mother of a senior at Northfield High School and says everything those seniors have been looking forward to has been stripped away one by one. That’s why she started Adopt a Northfield Senior.

“Every time something was cancelled and it seemed like it was happening every day, I saw a little bit more of him, that happiness, disappear,” Johnson said.

In an effort to lift up the class of 2020, she launched a local adopt-a-senior program, which she saw being done in other communities across the country.

“In the span of a week, I’ve gotten huge boxes of, they’re like themed boxes, they’ll be like, food, candy, and little tiny gifts in there,” said Ella Kelm, a Northfield High School senior.

“It honestly makes my day every time,” said Kelm. “I see them because I know how much thought and effort they’re putting into it and it just makes me feel really good that somebody is doing that for me and recognizing this is a really hard time to go through.”

While sports seasons were cut short and prom cancelled, Northfield’s seniors at least know their graduation was one for the history books.

“I guess that’s kind of what I was hoping would come out of this,” said Johnson. “That these kids would feel special. Not in the traditional way, but maybe that’s the best thing.”