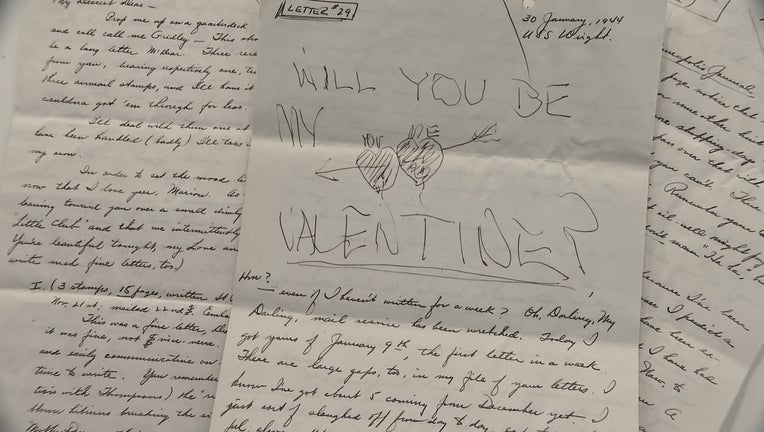 Love letters between Bob Thorstensen and Marion Duggan sent during World War II are being donated to the Minnesota Historical Society.

MINNEAPOLIS (FOX 9) - In an age of text messages and emails, the sentiment of a written love letter may seem rather old-fashioned. Recently donated letters to the Minnesota Historical Society, however, show a good love story can endure the test of time.

Bob Thorstensen of Red Wing and Marion Duggan of St. Paul were young Shakespeares in love.

In an age of text messages and emails, the sentiment of a written love letter may seem rather old-fashioned. Recently donated letters to the Minnesota Historical Society, however, show a good love story can endure the test of time.

“Robert and Marion met when they were both students at the University of Minnesota. And when they graduated they stayed in contact,” said Kate Hujda of the Minnesota Historical Society.

The year was 1941. Bob joined the naval reserves, and the Navy sent him to Coronado Island in San Diego. Marion followed and they married. They were planning their lives when the United States entered World War II. Bob’s letters to his new wife couldn’t hide the gravity of the new war.

“We knew it was coming, of course,” wrote Bob. “But now it can be clearly seen that we have a job to do. Each of has a job to do.”

Bob was assigned as a communications officer to the U.S.S Wright. It was a sea plane tender sailing with the Pacific fleet, but no ocean could stop the letters.

“Beloved, even if there is nothing more to tell me than I love you, tell me for I want to hear it,” wrote Bob.

“According to my private accounting methods, I owe you 4,627 kisses,” wrote Bob. “By the time I return, the number will be astronomical. But I shall begin repaying all at once.” 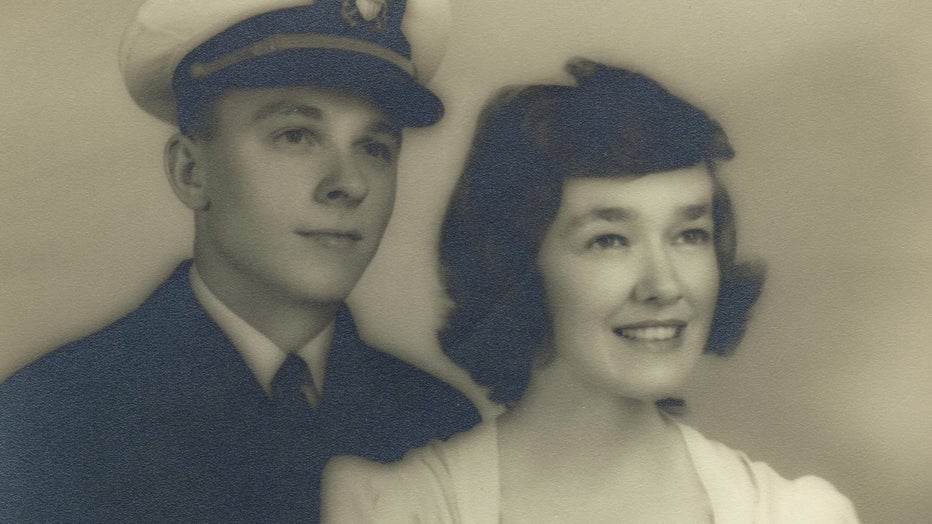 Bob Thorstensen and Marion Duggan met at the University of Minnesota. (FOX 9)

“It’s a love story,” said Hujda. “Their letters back and forth are incredibly endearing and romantic, but also informative...that he is sharing stories that are informative about his experience during the war and she is reporting back on life in Minnesota.”

That is exactly what makes this an exceptional gift to the Minnesota Historical Society. The more than 200 letters document two sides of a conversation waiting for history to bring them back together.

“Darling, this is the letter I’ve waited 15 months to write and you have waited as long to read. I am coming home,” Bob wrote shortly after Japan surrendered to the U.S.

They’re all letters of hope.

Bob and Marion were married for 65 years. They settled in New York state where they raised their children and, appropriately, became English teachers. Bob passed in 2008, Marion in 2014, but their letters endure.

Bob and Marion’s children this week finalized the donation of all of their parent's letters to the Minnesota Historical Society. The History Center is cataloging the letters and they will be available for viewing in the Gale Family Library this spring.