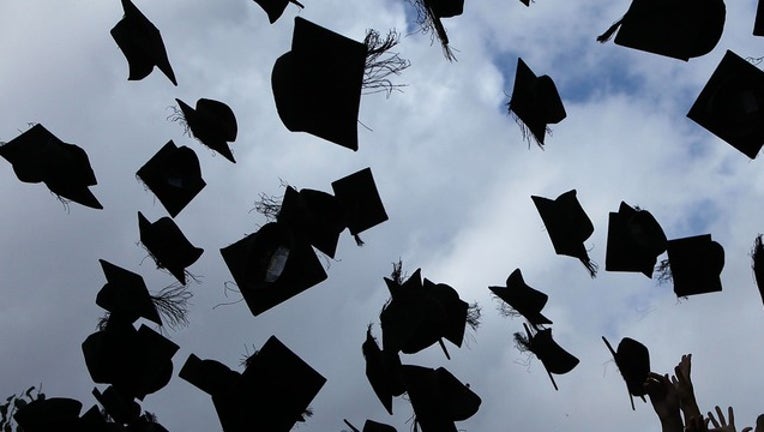 Pete Sabedra walked across the stage at Derry Area Middle School, about 40 miles (64 kilometers) east of Pittsburgh, on Wednesday to accept his degree at a special awards ceremony.

Alongside Sabedra was his grandson, Kace, who will graduate from the district's high school on May 31.

The Tribune Review reports Pete Sabedra was attending eighth grade at the former Derry Township High School in 1940 when his father died and he and an older brother had to leave school to start work. The two worked for the railroad before enlisting in the military when the U.S. entered the war.

The brothers were sent to Germany, where Pete Sabedra served in the infantry and with the military police. Both brothers returned home safely.

Pete Sabedra returned to work for the railroad as a machine operator before shifting to the Torrance State Hospital, where he worked as a patient aide before retiring in 1985 with 30 years of service.

Sabedra earned his GED and says "it's something" to finally have the diploma.

"It's a cool experience," said his grandson, who plans to attend Thiel College in the fall. "It means a lot, considering we're graduating at the same time, almost."

The Associated Press contributed to this story and made the following notes: (1) This story has been corrected to show Derry is east, not west, of Pittsburgh. (2) Information from: Tribune-Review, http://triblive.com