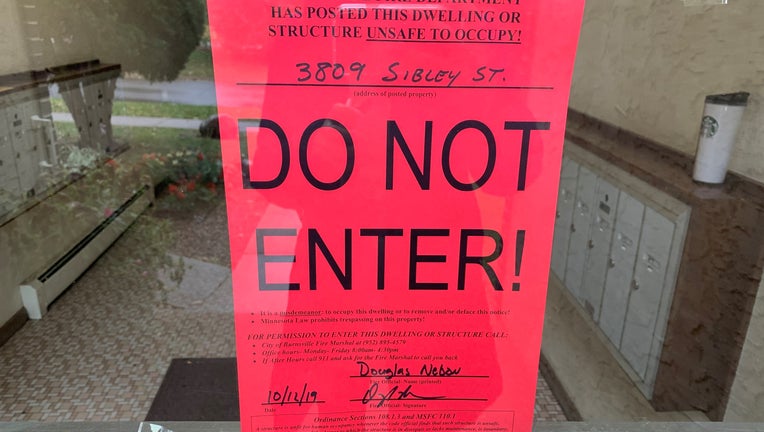 This sign is up outside the apartment building on Sibley Street in Burnsville, Minnesota.

BURNSVILLE, Minn. (FOX 9) - Eight families in Burnsville, Minnesota are without a place to stay after a fire led to wiring issues in their apartment building.

The American Red Cross says they are assisting the families after the fire on Sibley Street.

According to the Burnsville Fire Department, a small fire broke out Friday night after an electric pole outside the building was hit by a vehicle earlier in the day.

After doing safety tests, they determined there were issues with the wiring. As a precaution, firefighters say the residents had to be evacuated until the apartment managers can repair the wiring.