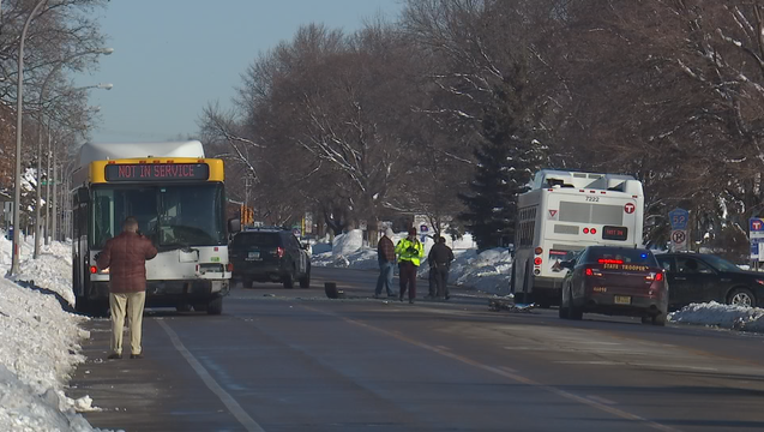 RICHFIELD, Minn. (KMSP) - On Monday morning, four people were injured after a Metro Transit bus collided with a car in Richfield, Minnesota. One of the victims, 6-year-old Jordyn Elizabeth Owens, died of her injuries Thursday evening.

The bus was traveling south on Nicollet Avenue around 8 a.m. when it struck a car driving east on 73rd Street. The car then hit another bus that was parked near the intersection.

Family and friends have set up a GoFundMe page for support.

The intersection is a two-way stop, with stop signs on 73rd Street. Investigators are working to determine why the car was in the intersection at the same time as the bus.

Minnesota State Patrol and Metro Transit are investigating the crash.