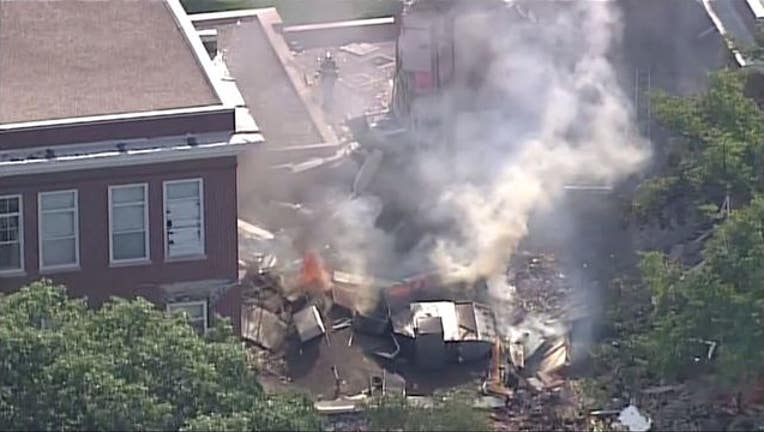 MINNEAPOLIS (FOX 9) - Five Minnehaha Academy employees filed lawsuits against CenterPoint Energy and Master Mechanical for damages in connection to the deadly explosion at the Upper School nearly two years ago.

In a preliminary report, the National Transportation Safety Board determined two Master Mechanical workers were relocating pipes at the school on August 2, 2017. CenterPoint had contracted Master Mechanical to complete the work. During the relocation, a full-flow natural gas line was opened. When they were unable to stop the gas, they evacuated.

The employees' lawsuits argue the "meter relocation work at the time of the explosion was a hazardous and abnormally dangerous operation that required, among other things, considerable planning and oversight to conduct the operation safely."

Each of the employees is asking for "an amount significantly in excess of $50,000" for suffering substantial bodily and emotional injuries.

In some of the cases, the employees' spouses are also asking for relief in excess of $50,000 for being "deprived of [their partner's] services, society and companionship."

A rebuilt Minnehaha Academy Upper School is expected to reopen to students this fall.

CenterPoint Energy has been in contact with Mr. Duffey’s attorneys and attorneys for others affected since shortly after the incident.  We were aware that suits were being filed and will continue to work with their attorneys toward a resolution.  Our thoughts continue to be with Mr. Duffey and all who were impacted by this incident.