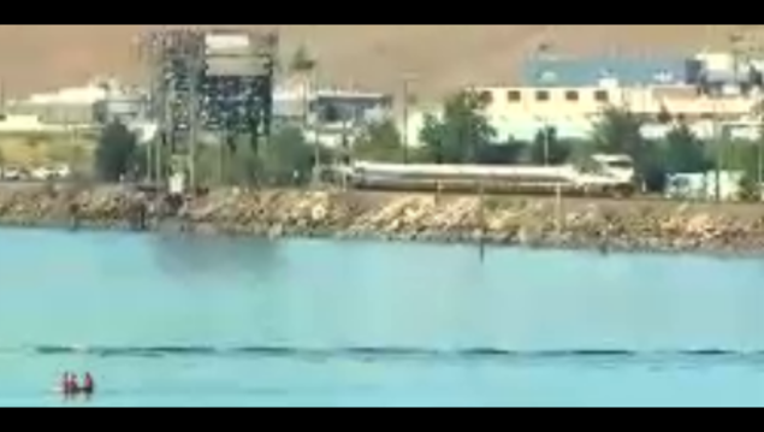 STEILACOOM, Wash. (AP) - Portions of an Amtrak passenger train have derailed near a town in Washington state's Pierce County.

There appear to be only minor injuries from the waterfront derailment near the town of Steilacoom, the Pierce County Sheriff's Office said on Twitter.

Four cars of the train, which was carrying around 200 passengers, derailed on Sunday afternoon near the Chambers Bay golf course.

Passengers are being safely evacuated from the scene, the West Pierce Fire Department said.

Photos posted on social media show several cars of the train tipped over on the tracks, near the waters of the bay.

There is no word on the cause of the derailment.

The Gig Harbor Police Department says one of its patrol boats is helping environment officials put in pollution-control booms to block fuel from the derailment from leaking into a nearby body of water. The department posted a photo Saturday afternoon on its Twitter account showing the work.

Steilacoom is about 45 miles south of Seattle. The Chambers Bay golf course was the site of the 2015 U.S. Open.