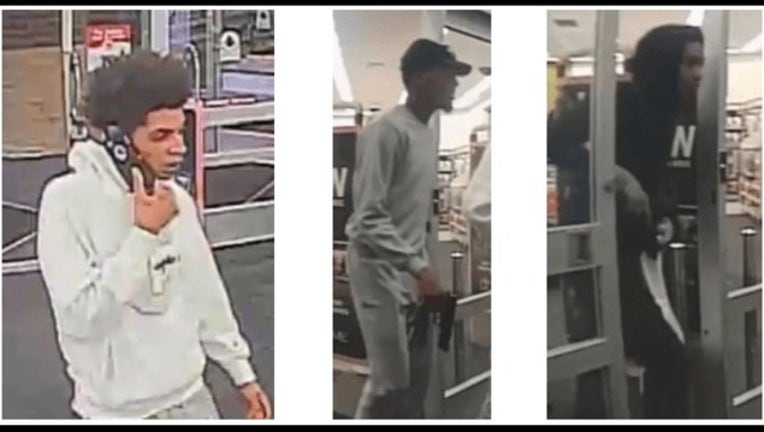 The Edina Police Department is looking to identify the three men suspect in an armed robbery at the Walgreens on York Avenue in Edina, Minnesota Tuesday morning.

EDINA, Minn. (KMSP) - Authorities are offering a $3,000 reward for information leading to the arrest and charging of the people responsible for an armed robbery at a Walgreens in Edina, Minnesota earlier this week.

At 4:52 a.m. on Tuesday, three men allegedly entered the Walgreens store on the 6900 block of York Avenue South and tied up employees with cable ties in the pharmacy area. One of the suspects was armed with two handguns.

The Edina Crime Prevention Fund is offering a $3,000 reward for information leading to the arrest and charging of the suspects.  Anyone with information is asked to call the Edina Police Department at 952-826-1600.