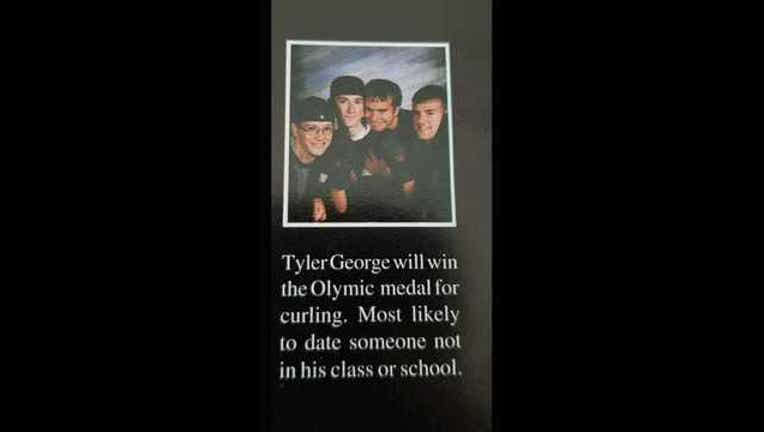 (KMSP) - It was an exciting surprise for many when the U.S. Men's Curling team won Olympic gold. But according to one player's high school yearbook, many saw it coming.

Team Shuster is made up of four Minnesotans, including Duluth-native Tyler George. According to the 2001 high school yearbook from Duluth Marshall, Olympic gold was in the cards.

A fellow alum posted it to Facebook on Saturday, and despite the typo, the high school prediction was on point: "Tyler George will win the Olymic [sic] medal for curling. Most likely to date someone not in his class or school."