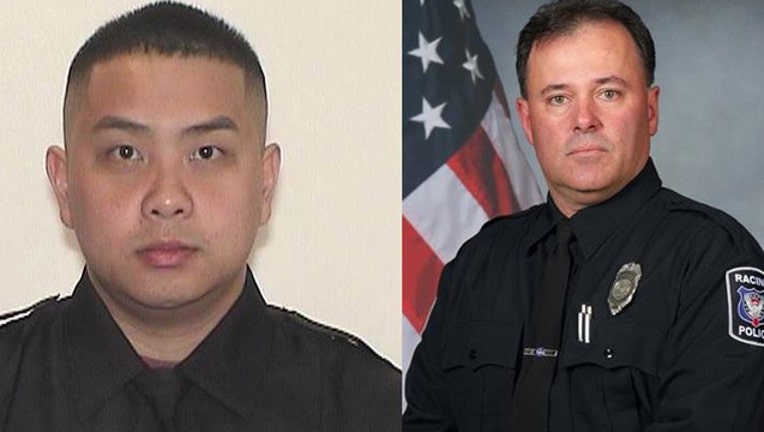 According to the Kenosha County Sheriff's Department, at about 9:40 p.m. Monday, Racine Police Officer John Hetland was fatally shot while trying to thwart an armed robbery at Teezer's tavern. The suspect then fled the scene. Officials are still investigating.

According to the Milwaukee Police Department, off-duty police officer Kou Her was driving home when he was fatally struck by another car at about 1:30 a.m. Tuesday in Milwaukee. Officials say the driver was speeding, disregarded a red light, struck Her's car and fled on foot.

Police later arrested the 34-year-old suspect, who is currently on probation for OWI.