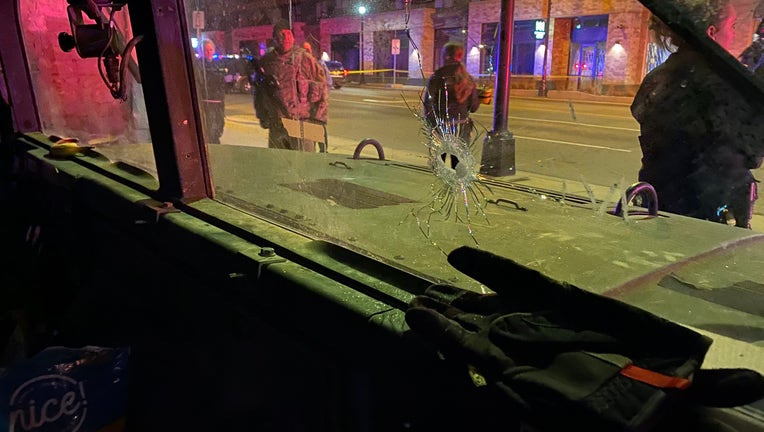 Bullet holes left behind after shots were fired at guardsmen on patrol in Minneapolis.

MINNEAPOLIS (FOX 9) - Authorities reported that two National Guard members suffered minor injuries after a person in an SUV shot at them early Sunday morning in Minneapolis.

According to the Minnesota State Patrol, at about 4:19 a.m., a white SUV fired shots at a Minnesota National Guard and Minneapolis Police team in the area of Penn Avenue North and West Broadway Avenue.

Officials say one guardsman was hit by shattered glass while another suffered what they say were superficial injuries. 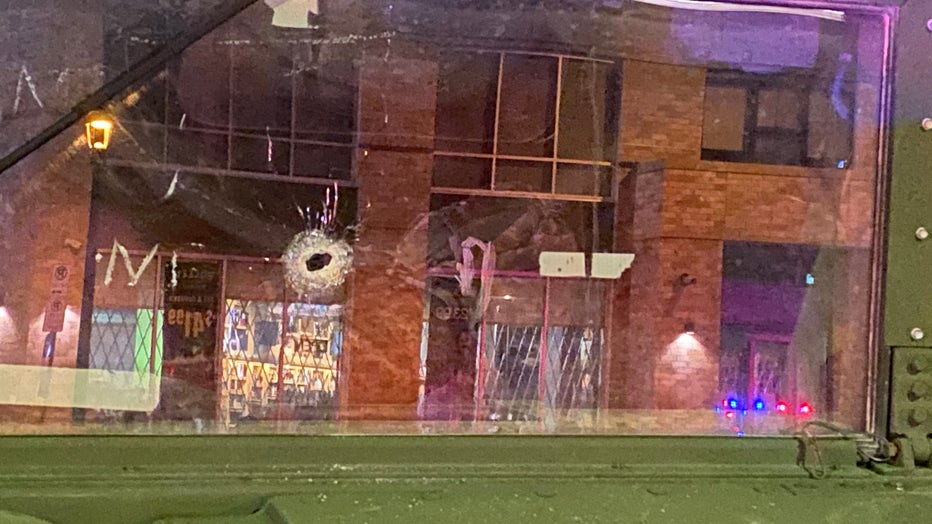 The National Guard is part of Operation Safety Net, a coalition of law enforcement agencies in the Twin Cities set up to prevent riots during the Derek Chauvin trial. Since the unrest that has followed the police shooting of Daunte Wright in Brooklyn Center, Operation Safety Net has moved to Phase 3 of its operation, putting the National Guard on guard around the Twin Cities.

Over the past week, some activists have decried the presence of military members across Minneapolis and elsewhere -- along with the National Guard's role in breaking up protests in Brooklyn Center.