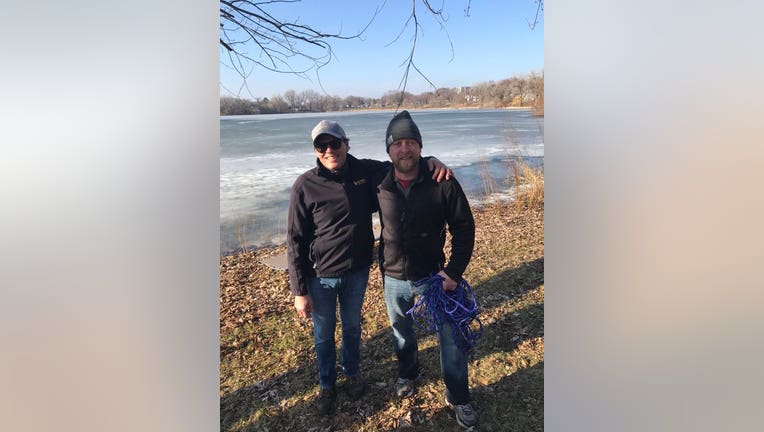 Two good Samaritans jumped to the rescue of a snowshoer who fell through the ice on a Bloomington lake. (Bloomington Fire Department)

According to Forster, at 5:14 p.m. on Monday, dispatch received multiple calls that a person went through the ice on the lake near 86th Street and Penn Avenue.

Patrick and Dan, who were nearby, used a kayak to scoot on the lake and then threw out a rope to the person. Forster said by the time firefighters arrived, the men were already pulling the snowshoer out of the water. 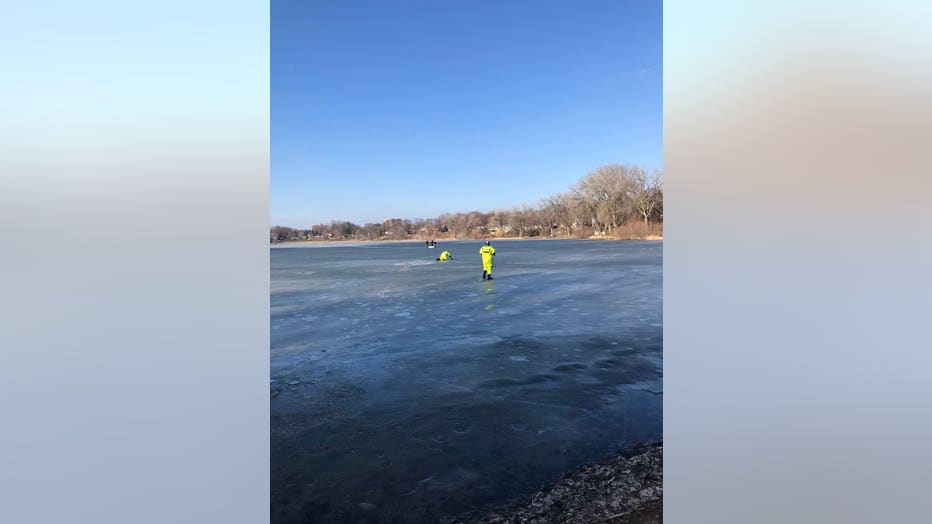 Firefighters wearing their specialized suits responded as the two good Samaritans pulled the snowshoer out of the water. (Bloomington Fire Department)

Forster commended the two good Samaritans who helped out, but hopes the incident serves as a reminder to all to not go out on the ice.

"The ice is not safe and no one should be on any ice right now," said Forster.