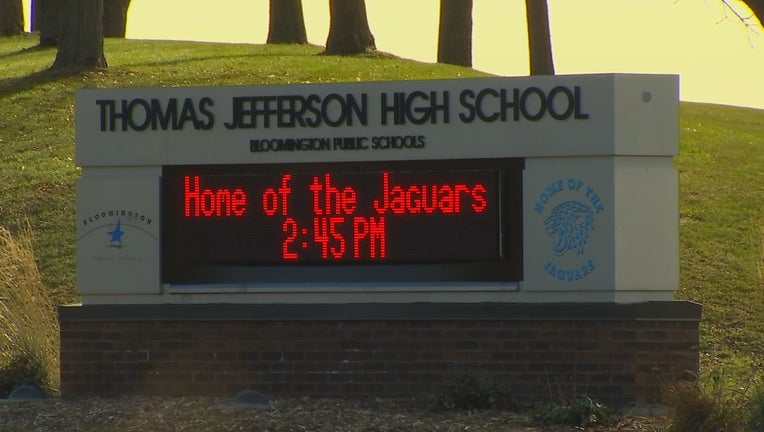 BLOOMINGTON, Minn. (FOX 9) - A 16-year-old student has been charged in connection to a stabbing at Bloomington Jefferson High School earlier this week, which sent one girl to the hospital with multiple stab wounds, according to the Hennepin County Attorney's Office.

The girl is charged with second-degree assault for allegedly stabbing another female student six times. Prosecutors are filing a motion for adult certification, a decision that will be made by a judge following a psychological evaluation of the teen and probation officer study.

According to the petition, Tuesday at noon, the school resource officer responded to a fight between two girls. After intervening, he noticed the victim was bleeding from her abdomen and there was blood flowing on the floor. Police learned the 16-year-old girl used a Viper-Tech knife, which had a four-inch blade.

The victim suffered stab wounds to her torso, upper chest, thigh and forearm. One of the stab wounds nicked her lung. The petition states in a brief interview with police, the victim said she and the other girl don't like eachother and the fight was "over something stupid."

Surveillance video showed the two girls exchanging words. One girl then punched the other in the head. In response, the 16-year-old pulled her hand out of her sweatshirt and started stabbing the other girl. Within 10 seconds, school staff broke up the fight.