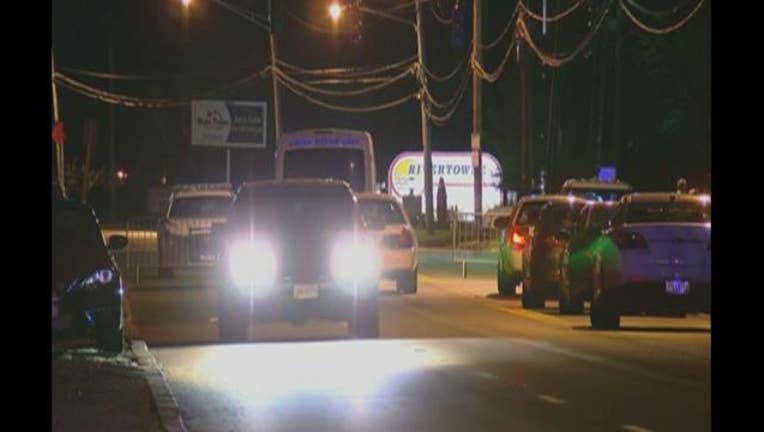 CINCINNATI (AP) -- Police have identified the name of the person killed in an overnight Cincinnati nightclub shooting that also left 15 people injured.

The victim was identified at a news conference as 27-year-old O'Bryan Spikes.

Police say calls came in of shots fired at the Cameo club around 1:30 a.m. Sunday.

Police Chief Eliot Isaac said the bar was very crowded at the time when several men got into a dispute at the bar and shots were fired by several people.

Isaac said the club does wand and pat down patrons but several firearms made it through security anyway.

Chief Eliot Isaac says initial investigation indicates that several Cincinnati area males were in a dispute, leading to the gunfire about 2:20 a.m. Sunday at the Cameo club.

He says two of the wounded are in critical condition, one "extremely critical."

Authorities don't believe there is a terrorism link. They are still working to identify the shooters.

A hospital spokeswoman says five people among those injured in the Cincinnati nightclub shooting have been treated at University of Cincinnati Medical Center and released.

At a news conference, Police Chief Eliot Isaac said several people were involved in what he referred to as a conflict that led to the shooting.Cincinnati city officials say a conflict between at least two people and possibly groups earlier Saturday apparently escalated into the overnight nightclub shooting that left one person dead and 14 people injured.

Officials say the Cameo club has been the scene of gun violence before, including a shooting inside the club on New Year's Day in 2015 and in the parking lost in September of last year.

A hospital spokeswoman says eight among those injured in the Cincinnati nightclub shooting are being treated at the University of Cincinnati Medical Center.

The Sunday morning shooting at the Cameo club left one person dead and more than a dozen injured.

Hospital spokeswoman Kelly Martin says one person is in critical condition at the Medical Center, three others are in serious condition, and four are listed as stable.

She had no details on the types of injuries or the ages of the victims.

Police haven't released any information on possible suspects or whether they have determined the motive for the assault. They say there is no evidence the shooting is terrorism related.

Police are saying only one shooter was responsible for the deadly Cincinnati nightclub assault.

Assistant Police Chief Paul Neudigate says in a tweet there was only one reported shooter but police are still investigating. Police earlier had said "at least a couple of shooters" opened fire inside the Cameo club early Sunday, killing one person and wounding more than a dozen others.

The motive for the shooting remains unclear, and Neudigate says there is no indication the attack is terrorism related.

The shooting occurred on a busy night. Capt. Kim Williams says the crowd there is often very young on Saturday nights and they have had trouble in the past, but "this is the worst by far."

A coroner removed a body from the scene shortly after 6 a.m.

Several officers were working security detail at the club and performed first aid and tried to revive the person who died, Williams said.

Fifteen people were shot. Some of them drove themselves to area hospitals and others were taken by ambulance.

Authorities are interviewing several witnesses, but Williams said a lot of the club goers had left.

"The biggest problem when you have a large crowd like this and the shots ring out, a lot of the witnesses disappear," she said.

Authorities were asking anyone with information to come forward. Williams said investigators are checking to see if surveillance cameras were working.

WLWT reported that at least one person was in critical condition at the University of Cincinnati Medical Center.