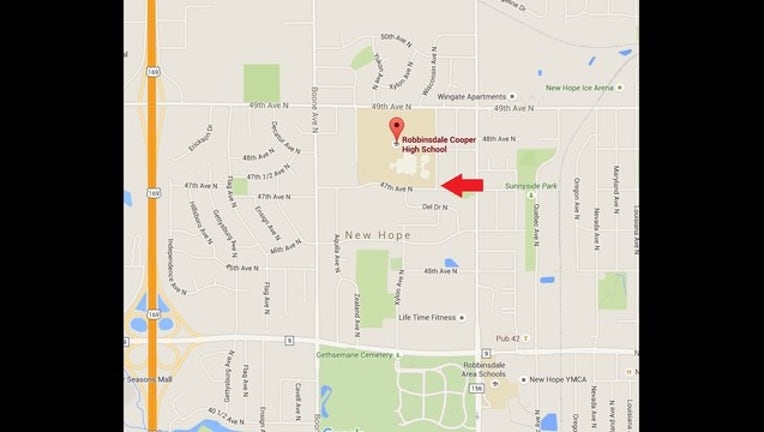 New Hope Police responded to a fight near the high school at the intersection of 47th and Virginia Avenue around 2:10 p.m. as school was letting out for the day. Upon arrival, officers intervened to stop the assault in progress.

One juvenile suffered a non-life threatening stab wound to the arm, according to New Hope Police. The victim was taken to a nearby hospital.

Three people are in custody, including at least one adult and one juvenile. It is unclear if any high school students were involved.

Police recovered a knife at the scene. The incident remains under investigation.