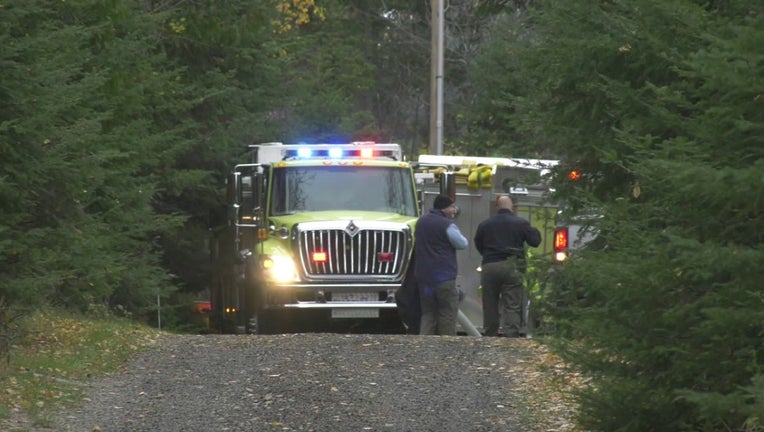 Photo from the scene from KQDS. (Supplied)

DULUTH, Minn. (FOX 9) - UPDATE: Deputies have identified the victims in the explosion as 72-year-old Michael Gramse and his wife 72-year-old Eva Gramse. No new details on Michael Gramse's condition has been released.

A person was killed and another seriously injured after a home exploded north of Duluth, Minnesota on Wednesday.

The St. Louis County Sheriff's Office responded shortly after 9:30 a.m. for the explosion on Everett Bay Road, off the west side of Lake Vermillion in Greenwood Township.

At the home, first responders learned there may have been two people inside the home at the time of the explosion, a man and a woman. Outside, the home, crews found the man, who had been "severely injured," lying in the yard. Inside, they found human remains that deputies believe belong to the woman.

The man was airlifted to Essentia-St. Mary's Hospital in Duluth for treatment. His current condition is unknown.

Deputies say the home was completely destroyed. Investigators with the sheriff's office and state fire marshal's office are working to determine what caused the blast.