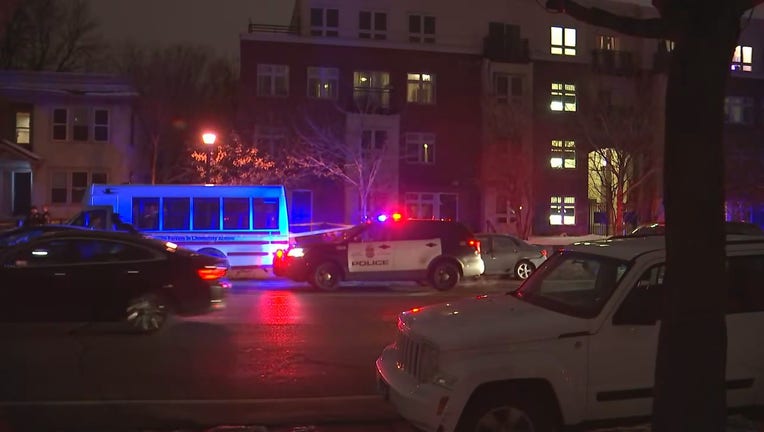 This Ventura Village apartment building was the focus of a homicide investigation in Minneapolis Sunday night.

According to a Police spokesperson, the shooting happened near the intersection of East 22nd Street and Portland Avenue.

1 man is dead in a Minneapolis homicide Sunday night

The man, in his 40s, was found dead in an apartment building in Ventura Village.

Shotspotter helped the police locate a victim in his 40s on the 220 block of Portland Avenue. The man was found inside an apartment nearby.

Nobody is in custody Sunday night.

It is the city's 45th homicide of the year.

This is a developing story. Check back in to FOX9.com for the latest.